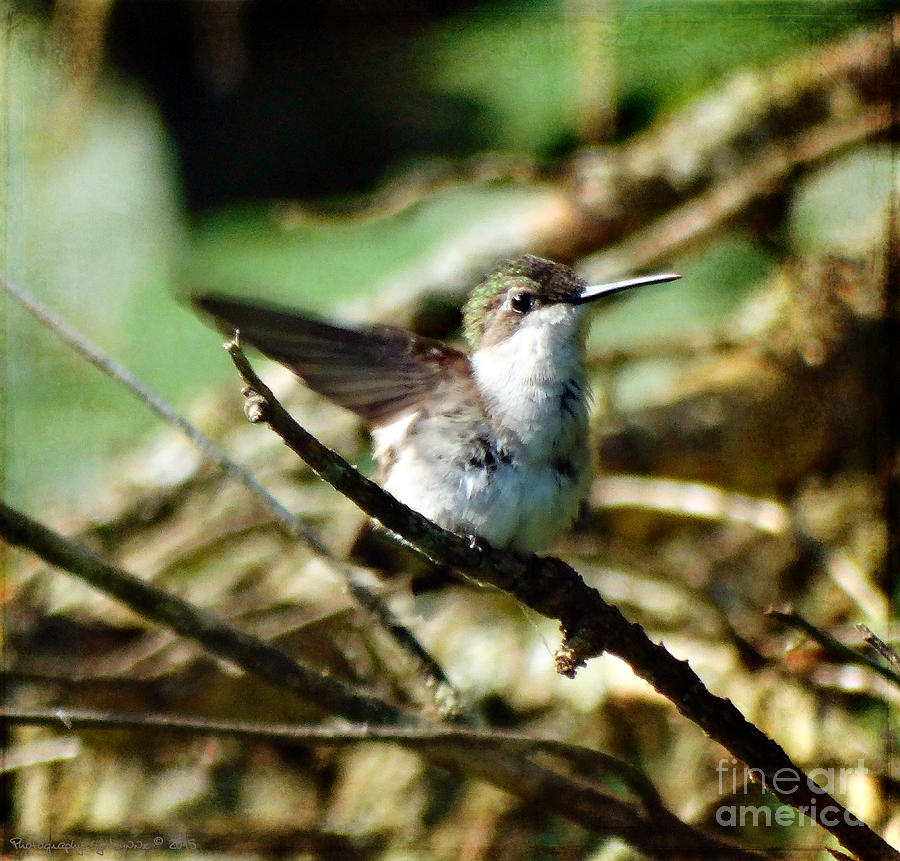 Behold your eyes upon an adult female Hummingbird. We have a feeder in our yard, but I decided one year to do whatever it took to get a photograph of one in a natural habitat. I would sit in my chair outside for hours one summer and with my camera always at the ready, follow where it would land after feeding at the feeder. I did get several photographs using this technique and this one is probably one of my favorites.

Even while resting on a branch, her wings were still fluttering a mile a minute. As of yet I have never seen the male. The male is the hummingbird with the ruby red throat. I can not wait to see one and be able to photograph it as well.

The hummingbird has a slender body. This particular species beak is straight and as long as it's head. It rarely moves it's tail when flying. They feed off of nectar at feeders and flowers.

In the winter some species of hummingbirds will migrate 900 miles, nonstop to the caribbean and Panama. Some will migrate to southern Mexico, Central America and southern Florida, spending most of their winters.

The Ruby Throated Hummingbird has the largest breeding range which is most of the eastern North America and the Canadian prairies. They breed in deciduous and pine forests, gardens, orchards, and forest edges. They are a solitary bird except during courtship, which last only a few minutes. The female does all the work from that point on.

These hummingbirds, because they are so solitary, can be very aggressive towards other hummingbirds defending their nests and feeding territory.