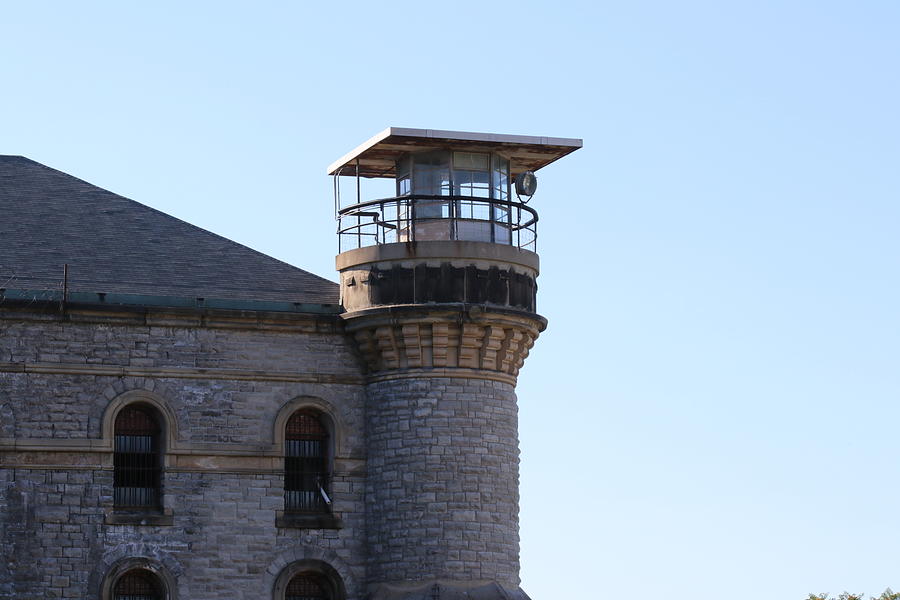 A stark reminder that, despite the architecture, the Ohio State Reformatory, was in fact, a prison.


About the Ohio State Reformatory:
The Ohio State Reformatory, Mansfield, OH, was built between 1886 and 1910. The buildings were designed by Cleveland architect Levi Scofield using Victorian and Romanesque styles giving the exterior a castle-like appearance. Scofield designed the reformatory using these styles to encourage the inmates back to a rebirth of their spiritual lives. The architecture would help to inspire them to turn away from their sinful ways toward repentance, he believed.
The East Cell Block remains the largest free standing steel cell block in the world at six tiers high. The reformatory remained opened until 1990 when it was closed by federal court order following a class action suit citing inhumane conditions and overcrowding. The OSR has been the location of filming for several movies, most notably �The Shawshank Redemption� and �Air Force One�. In 1995, The Mansfield Reformatory Preservation Society was formed and purchased the property. They have turned the old prison into a museum, offering tours to help fund preservation projects.
The OSR housed approximately 155,000 people during its history, many of which died there due to the brutal and inhumane conditions. The site is also known as being one of the most active paranormal facilities in the US.