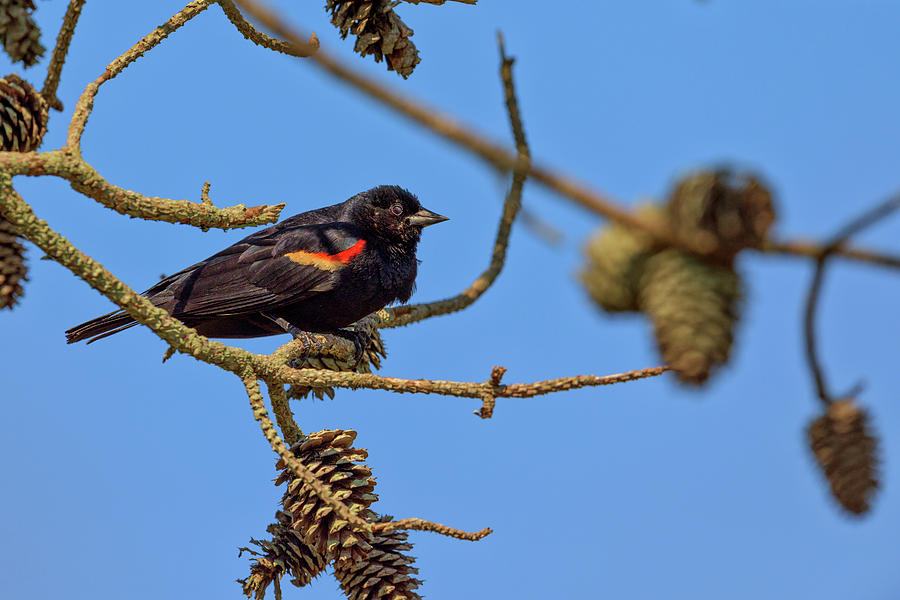 A red-winged blackbird photographed on Assateague Island National Seashore in Maryland. The red-winged blackbird (Agelaius phoeniceus) is a passerine bird of the family Icteridae found in most of North and much of Central America. It breeds from Alaska and Newfoundland south to Florida, the Gulf of Mexico, Mexico, and Guatemala, with isolated populations in western El Salvador, northwestern Honduras, and northwestern Costa Rica. It may winter as far north as Pennsylvania and British Columbia, but northern populations are generally migratory, moving south to Mexico and the southern United States.