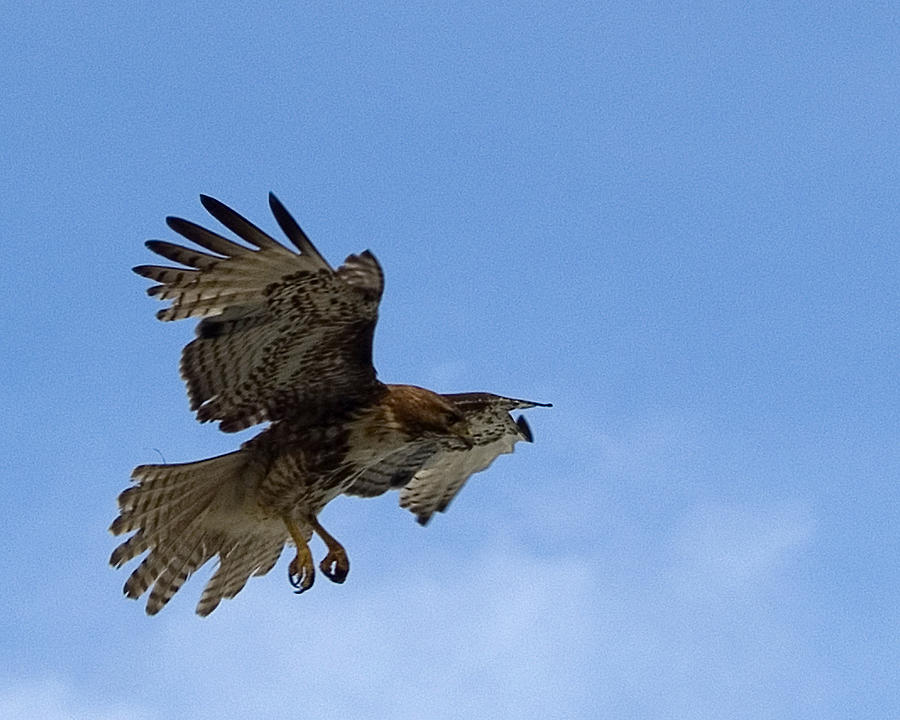 The Red-tailed Hawk is a bird of prey and one of three species known in the United States as the "chickenhawk,". The Red Tail Hawk is carnivorous and feeds on small ammals mainly but will also eat small lizards and other birds.
It breeds throughout most of North America, from western Alaska and northern Canada to as far south as Panama.
The Red-tailed Hawk occupies a wide range of habitats and altitudes, including deserts, grasslands, coniferous and deciduous forests, tropical rainforests, agricultural fields and urban areas.
Because they are so common and easily trained as capable hunters, the majority of hawks captured for falconry in the United States are Red-tails.
Its preferred habitat is mixed forest and field, with high bluffs or trees that may be used as perch sites. It occupies a wide range of habitats, including deserts, grasslands, coastal regions, mountains, foothills of mountains coniferous and deciduous woodlands, tropical rainforests, agricultural fields and urban areas.
This particular hawk was captured out in the vineyards of Solono County. The vineyard is owned by Winterhawk winery. The winery has many large bird houses to atract the hawks. The hawks in turn protect thie valuable grape crop from the small rodentsthat live in the vineyard.
I captured this hawk as he was landing on the peak of the barn roof where he could look over the vineyard for a tasty snack.

Featured in the following groups:
ABC Group
The Road To Self Promotion
AAA Images
Monthly Themed
Images That Excite You
Your Very Best Photography