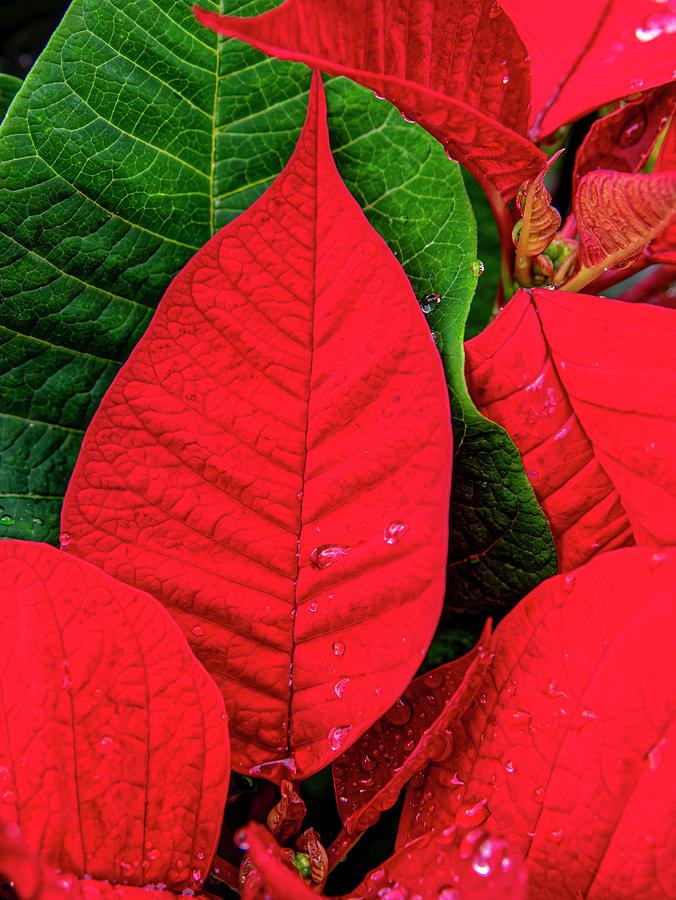 Christmas Flower or Poinsettia is well known for its red and green foliage and is widely used in Christmas floral displays. It derives its common English name from Joel Roberts Poinsett, the first United States Minister to Mexico, who is credited with introducing the plant to the US in the 1820s. The plant's association with Christmas began in 16th-century Mexico, where legend tells of a girl, commonly called Pepita or María, who was too poor to provide a gift for the celebration of Jesus' birthday and was inspired by an angel to gather weeds from the roadside and place them in front of the church altar. Crimson blossoms sprouted from the weeds and became poinsettias. From the 17th century, Franciscan friars in Mexico included the plants in their Christmas celebrations.The star-shaped leaf pattern is said to symbolize the Star of Bethlehem, and the red color represents the blood sacrifice of Jesus's crucifixion. 'Kingfisher Books' ' 1992's 'The Christmas Collection' notes that an alternative name for the plant is "Fire flowers of the Holy Night".

Thanks, you are welcome!