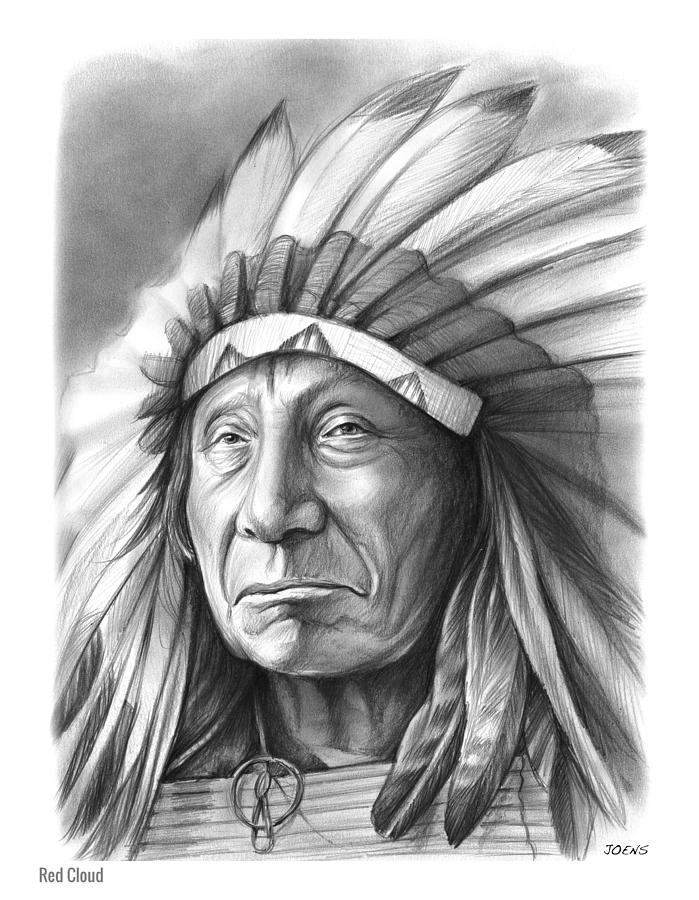 Red Cloud - A graphite pencil sketch on bristol paper by Greg Joens.
(Lakota: Maȟpíya Lúta) (1822 – December 10, 1909) was a war leader and a chief of the Oglala Lakota. He led as a chief from 1868 to 1909. One of the most capable Native American opponents the United States Army faced, he led a successful campaign in 1866–1868 known as Red Cloud's War over control of the Powder River Country in northeastern Wyoming and southern Montana.

After signing the Treaty of Fort Laramie (1868), Red Cloud led his people in the important transition to reservation life. Some of his US opponents mistakenly thought of him as overall chief of the Sioux (Dakota, Lakota, and Nakota). The large tribe had several major divisions and was highly decentralized. Bands among the Oglala and other divisions operated independently, even though some individual leaders such as Red Cloud were renowned as warriors and highly respected as leaders. Source: Wikipedia

Nice work! Congratulations on your sale.

Congratulations on your sale today!!!