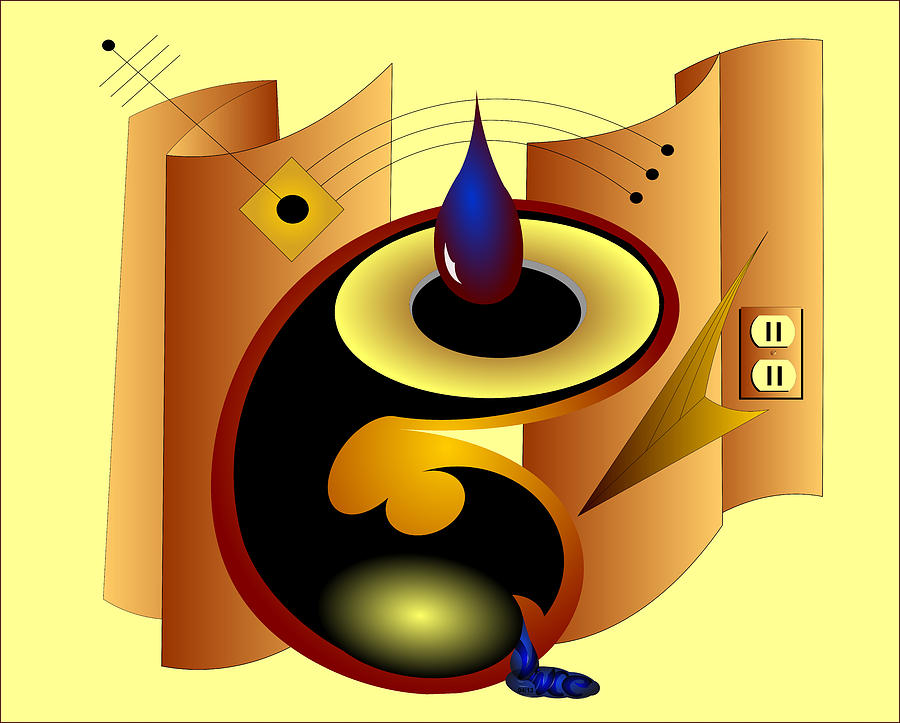 In the early 1980s I worked in the broadcasting industry as a radio announcer and show host. The influence of those days can be seen in this work that includes an antenna and several receptacles one of which is receiving a red/blue droplet that is going into a chamber containing an egg. The droplet represents the blood, sweat, and tears of creativity being poured into an open mind positioned in the divide between two similar but opposing sides. The egg represents new ideas being created and fed by the droplet and is visible through an open and transforming mouth. This represents sharing of ideas that bring about change. An arrow points from a wall outlet to the mouth illustrating power through verbal sharing of new ideas (the power of the spoken word). A three wire bridge across the top represents the unifying potential of the medium.