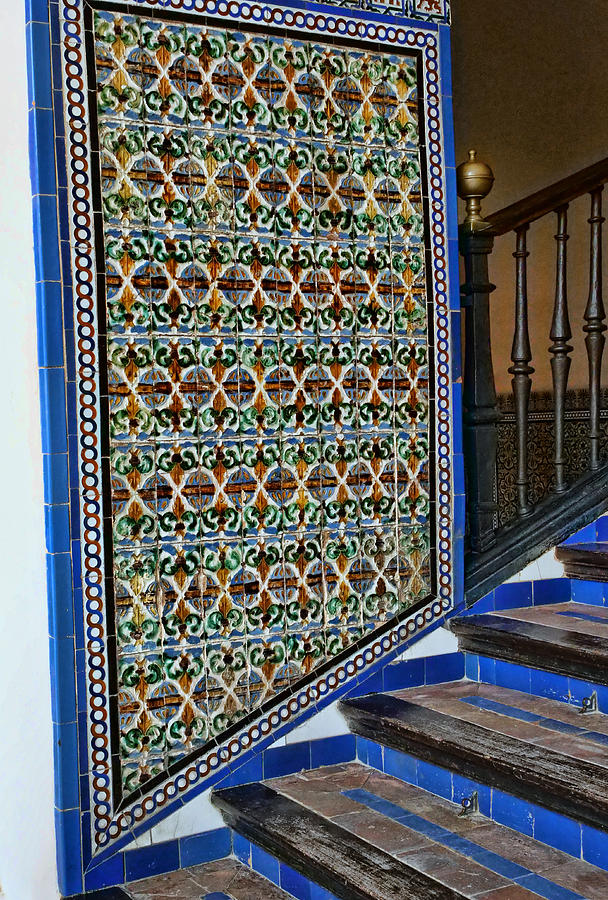 Listed as a UNESCO World Heritage Site, the Real Alcázar was originally the medieval fortress of Moorish rulers and later of the Christian kings. The palace was built in the 10th century for Moorish rulers. In the 11th century, it was governed by the legendary Moorish ruler and poet al-Mutamid. After the Christian Reconquest in the 1360s, Moorish architects created the Mudéjar-style buildings for King Pedro the Cruel. It is still used as a residence for the royal family of Spain when they are in the area.

Pictured here is intricate mosaic tile architectural flourishes at the bottom of a stairwell.

Anything Architecture Buildings and Bridges//

Carole, thank you very much for the Home Page Feature in the World Landscape lovers of Art Group

Congratulations your wonderful image has been featured on the homepage of Anything Architecture Buildings and Bridges! Please archive your image on the discussion board!

Cathy, thank you very much for the Home Page Feature in the Anything Architecture Buildings and Bridges Group