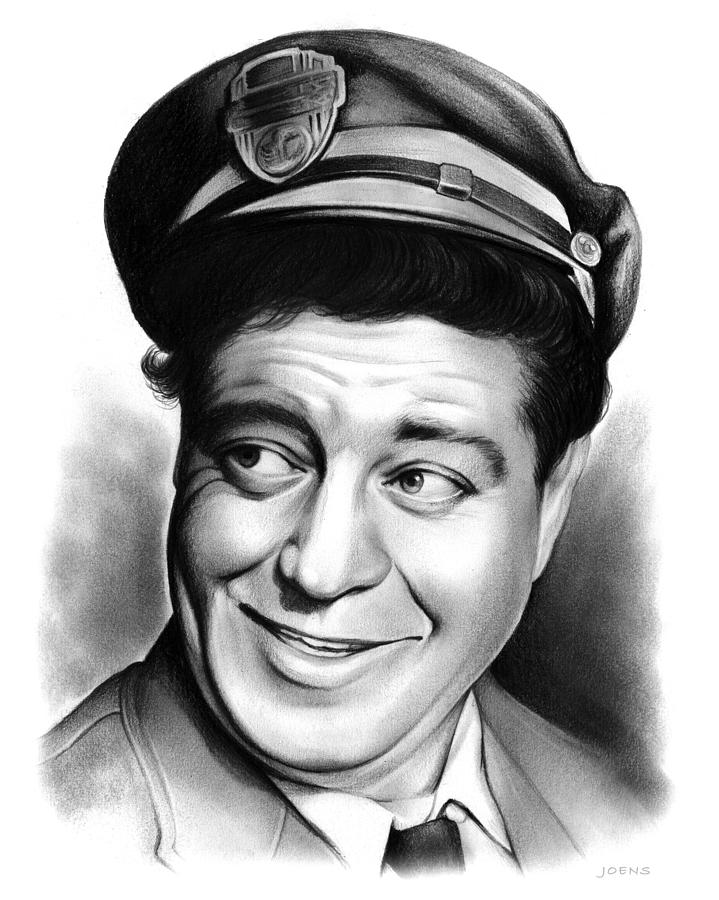 a bus driver for the fictional Gotham Bus Company. He is never seen driving a bus (except in publicity photos), but is often shown at the bus depot. Ralph is frustrated by his lack of success, and often develops get-rich-quick schemes. Ralph is very short tempered, frequently resorting to bellowing, insults and hollow threats. Well-hidden beneath the many layers of bluster, however, is a soft-hearted man who loves his wife and is devoted to his best pal, Ed Norton. Ralph enjoys bowling, playing pool and being a member in the Loyal Order of Raccoon Lodge (although in several episodes a blackboard at the lodge lists his dues as being in arrears). Ralph was given honorary membership in the union for real New York City bus drivers (Local 100 of the Transport Workers Union) during the run of the show, and a Brooklyn bus depot was named in Gleason's honor after his death. Ralph Kramden is the inspiration for the animated character Fred Flintstone.