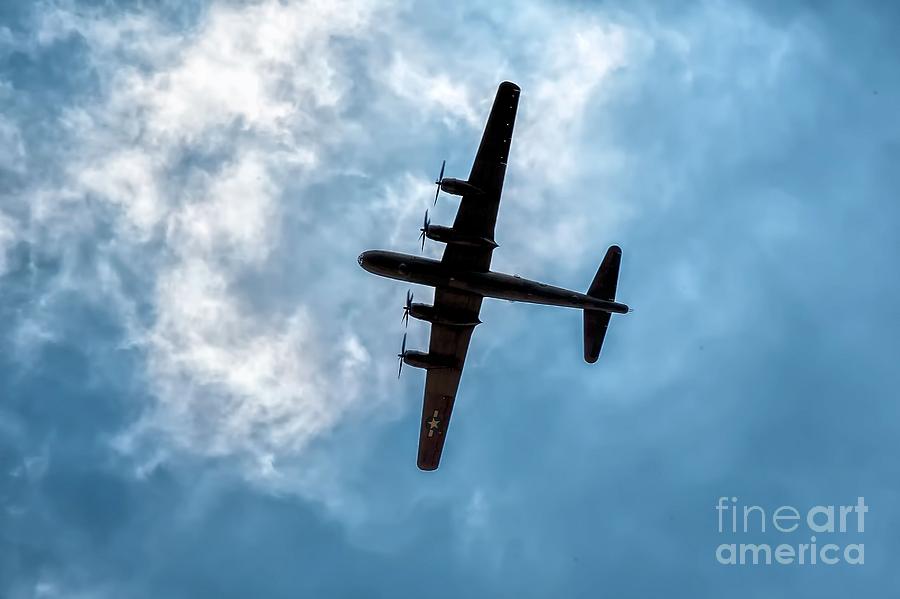 Nothing like the sound of radial engines flying overhead!

FIFI, a Boeing B-29A, is one of only a few surviving Superfortress aircraft in existence today and the only one currently flying. It is owned by the Commemorative Air Force, currently based at Midland, Texas. FIFI tours the United States and Canada, taking part in air shows and offering flight experiences.

Built by Boeing at the Renton factory in Washington, Fifi was delivered to the United States Army Air Force in Kansas in 1945. Modified to a TB-29A standard, it served as an administrative aircraft before being placed in "desert storage" and returned to active duty in 1953.

Following retirement in 1958 the aircraft, as part of a group of 36 B-29s, placed at the US Navy Naval Weapons Center and bombing range at China Lake Naval Air Weapons Station, at China Lake, California. The Commemorative Air Force, then known as the Confederate Air Force, acquired it in 1971 and registered it as a civilian aircraft. It was flown to CAF headquarters at Harlingen, Texas on 3 August 1971 and re-registered as N529B in August 1981.