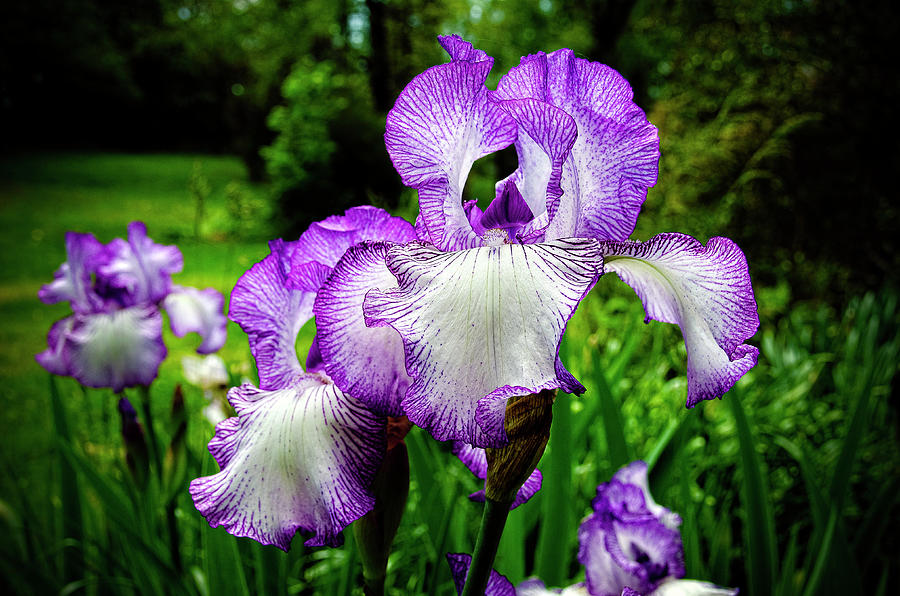 Iris is a genus of 260–300[1][2] species of flowering plants with showy flowers. It takes its name from the Greek word for a rainbow, which is also the name for the Greek goddess of the rainbow, Iris. Some authors state that the name refers to the wide variety of flower colors found among the many species.[3] As well as being the scientific name, iris is also widely used as a common name for all Iris species, as well as some belonging to other closely related genera. A common name for some species is 'flags', while the plants of the subgenus Scorpiris are widely known as 'junos', particularly in horticulture. It is a popular garden flower.

Three Iris varieties are used in the Iris flower data set outlined by Ronald Fisher in his 1936 paper The use of multiple measurements in taxonomic problems as an example of linear discriminant analysis.[4]

Gorgeous, Greg! I love how you captured the fine edges of the ruffles. l/f

Shari, I appreciate the lovely comment and the l/f!!

Great photo of these gorgeous flowers!

Congratulations!! This stunning image has been selected to be featured for the week in the “Art Forever with You” Group Home Page. You are welcome to add a preview of this featured image to the group’s discussion post titled “2020 September: Stunning Group Featured Images and Thank-you’s” for a permanent display within the group, to share this achievement with others. Also feel free to post your feature on our group Facebook page: https://www.facebook.com/groups/296998814248643/ Thank you for your participation in the group! ~Jan (September, 2020)

Thank you Jan for the feature for the week in the “Art Forever with You” Group Home Page and the fav!!

Awesome capture and artwork! Congratulations on your feature! Fl

Thanks Gary for your great comment and the FI!!

I appreciate the lovely comment and the FV Rolando!!

Thank you very much Ann for the great comment and l/f!! :)