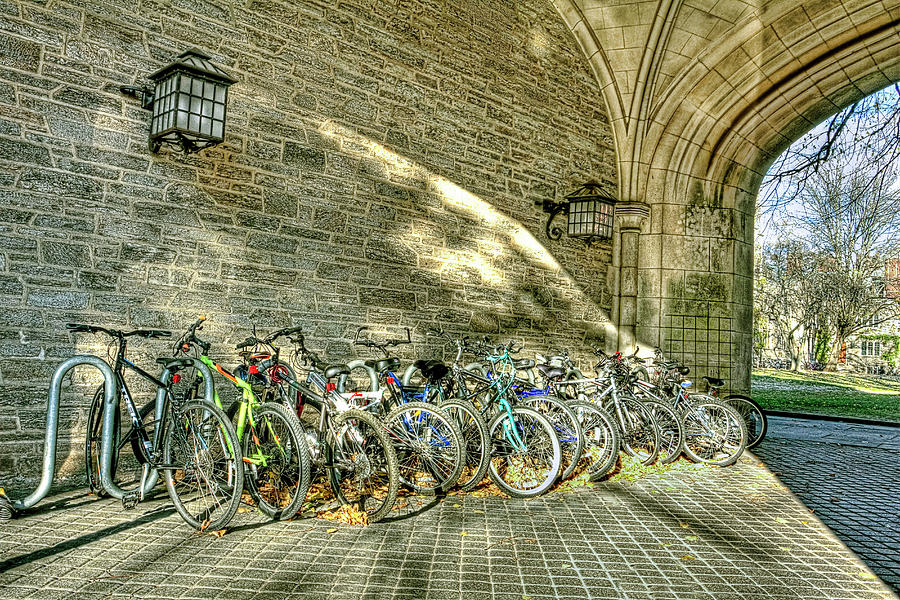 Founded in 1746 in Elizabeth as the College of New Jersey, Princeton was the fourth chartered institution of higher education in the Thirteen Colonies[7][a] and thus one of the nine colonial colleges established before the American Revolution. The institution moved to Newark in 1747, then to the current site nine years later, where it was renamed Princeton University in 1896.[12]

Princeton provides undergraduate and graduate instruction in the humanities, social sciences, natural sciences, and engineering.[13] It offers professional degrees through the Woodrow Wilson School of Public and International Affairs, the School of Engineering and Applied Science, the School of Architecture and the Bendheim Center for Finance. The university has ties with the Institute for Advanced Study, Princeton Theological Seminary, and the Westminster Choir College of Rider University.[b] Princeton has the largest endowment per student in the United States.[14]

The university has graduated many notable alumni. It has been associated with 41 Nobel laureates, 21 National Medal of Science winners, 14 Fields Medalists, the most Abel Prize winners and Fields Medalists (at the time of award) of any university (five and eight, respectively), 10 Turing Award laureates, five National Humanities Medal recipients, 209 Rhodes Scholars, and 126 Marshall Scholars.[15] Two U.S. Presidents, 12 U.S. Supreme Court Justices (three of whom currently serve on the court), and numerous living billionaires and foreign heads of state are all counted among Princeton's alumni. Princeton has also graduated many prominent members of the U.S. Congress and the U.S. Cabinet, including eight Secretaries of State, three Secretaries of Defense, and two of the past four Chairs of the Federal Reserve.

Thank you very much Rosita !

Thank you very much Sandi ~

Thank you very much Marcia ~ !

Thank you very much Cindy ~ !

Thank you very much Donna ~

Thank you very much Cindy ~

thank you very much Jasna ~!

This is wonderful, Geraldine! Nominating for special feature in the 1000 Views group.

thank you very much Sarah !

Revisiting and re tweeting this beauty Geraldine!

A beauty of work, enjoy the textures and colors Great capture Geraldine! l/f/t

Love the light, the subject and the capture, Geraldine. Delightful! V/F

Crisp and bright in a fine composition. L/F