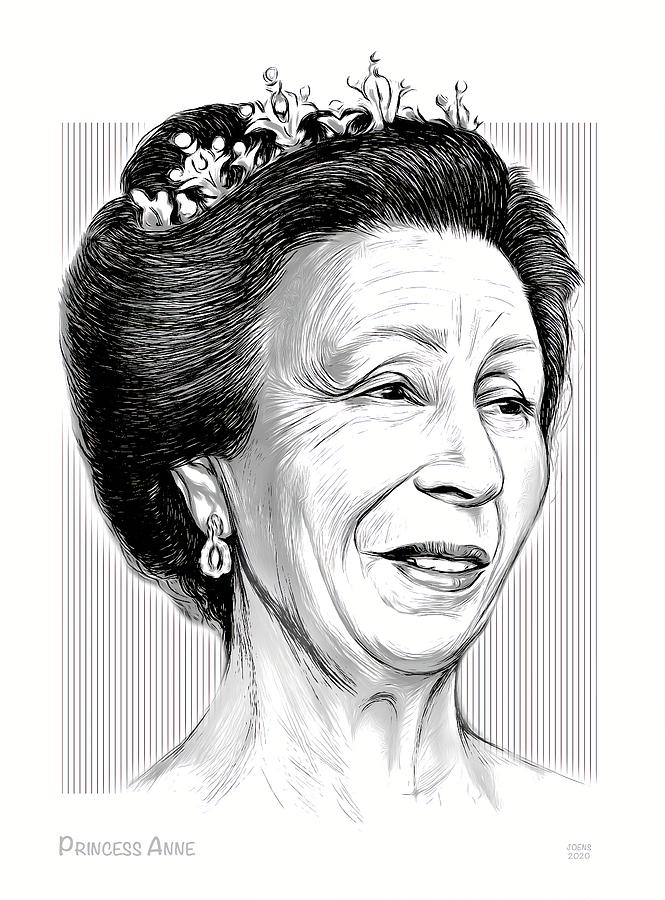 Anne, Princess Royal - Anne Elizabeth Alice Louise; born 15 August 1950) is the second child and only daughter of Queen Elizabeth II and Prince Philip, Duke of Edinburgh. She is 14th in line to the throne as of August 2019 and has been Princess Royal since 1987.

Anne is known for her high-profile charity work, which involves her patronage of more than 200 organizations – many of which aim to improve transport and health in developing countries, and the well-being and education of children. In her youth, Anne was known for her equestrianism: she won two silver medals (1975) and one gold medal (1971) at the European Eventing Championships. She is the first member of the British royal family to have competed in the Olympic Games.

In 1973, Anne married Captain Mark Phillips, but they separated in 1989 and divorced in 1992. The couple had two children, Zara and Peter Phillips, and four grandchildren. Within months of her divorce, Anne married Commander (now Vice Admiral) Sir Timothy Laurence, whom she had met while he served as her mother's equerry between 1986 and 1989.