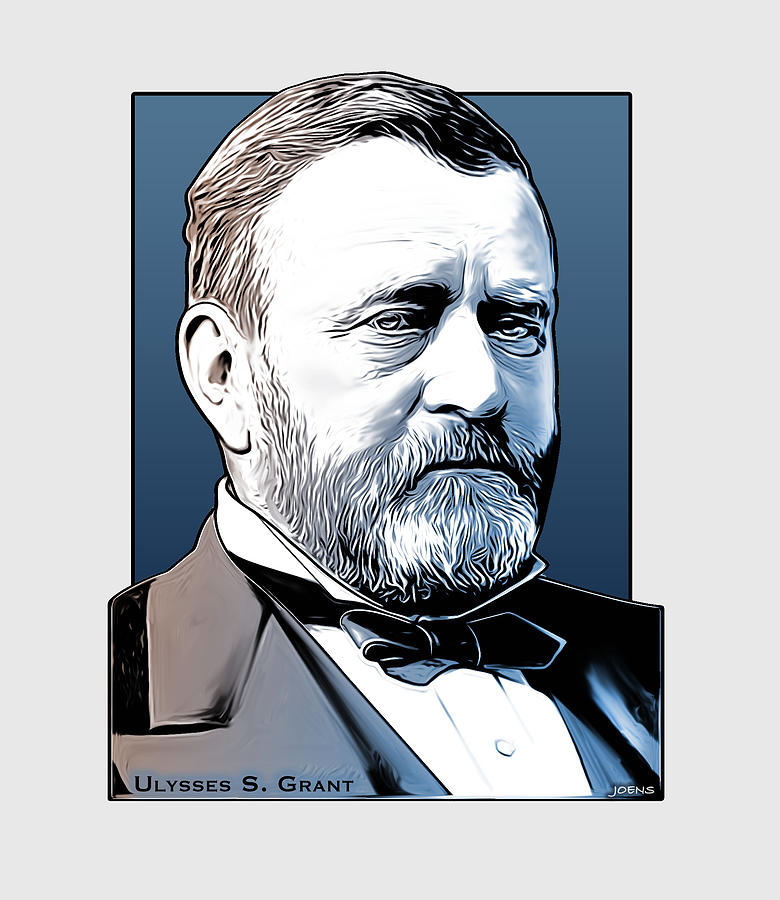 Ulysses S. Grant (April 27, 1822 – July 23, 1885) was an American military leader who served as the 18th president of the United States from 1869 to 1877. As president, Grant was an effective civil rights executive who created the Justice Department and worked with the Radical Republicans during Reconstruction to protect African Americans. As Commanding General, he led the Union Army to victory in the American Civil War in 1865 and thereafter briefly served as Secretary of War. Source Wikipedia