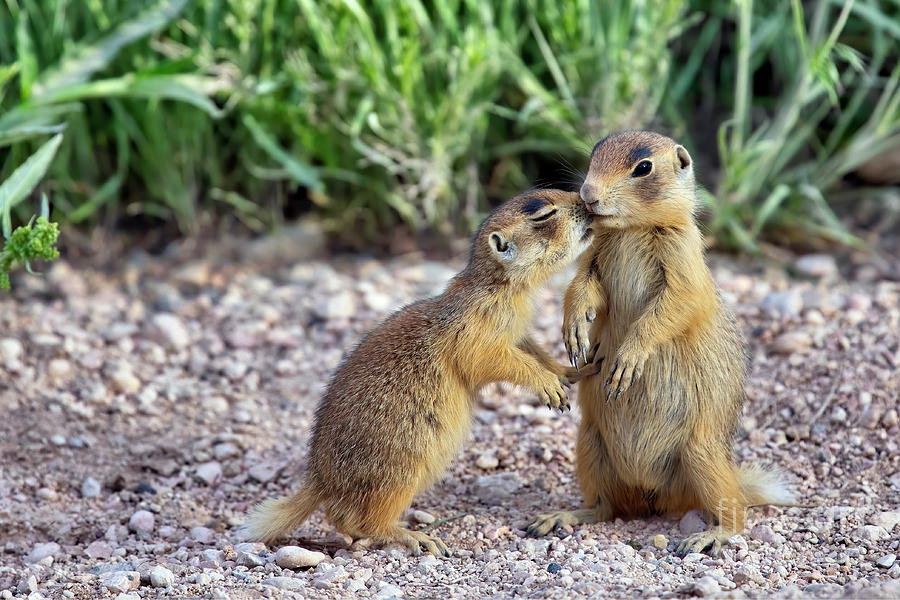 This pair of prairie dogs gave me a brief public display of affection, just outside their burrow on a roadside in Bryce Canyon National Park. I couldn't tell if they were a male and female couple, but I suspect the one on the left is a juvenile with its parent. I particularly liked the way it put its left paw on the belly of the other one. Bryce Canyon has several colonies of the species called the Utah prairie dog (Cynomys parvidens). The Utah Prairie Dog is the western-most of the five prairie dog species that inhabit North America, and has the most restricted range, limited to the southwestern quarter of Utah. They are distinguishable from other species because they are tawny to reddish-brown in color, with short white-tipped tails, dark brown cheeks and a black "eyebrow" above each eye. This species is the smallest species of prairie dog, and is listed as an endangered species, with only an estimated population of 8000 in 2004. (https://www.nps.gov/brca/learn/nature/upd.htm)

Congratulations your beautiful artwork is being featured in AAA Images:-)

Robyn, thank you for featuring my photo in AAA Images!