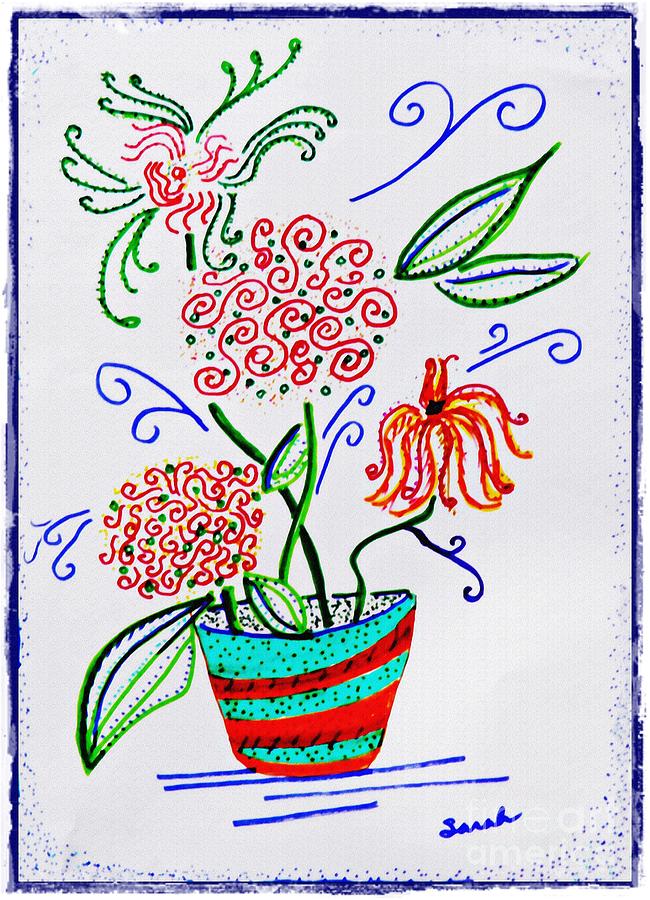 This is a marker pen drawing. A digital texture and framing has been added to the image.

So enjoying your potted plants series!!

Sarah, this is very beautiful l/f/t

Love your color choice and design.