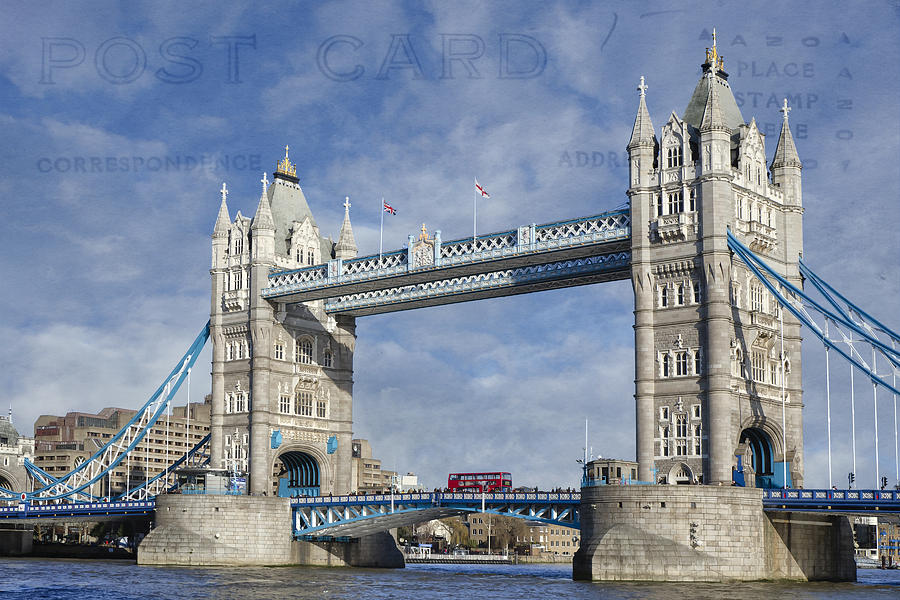 Tower Bridge, over the River Thames in London, is one of London's iconic bridges and the scene in 2012 of an Olympic Rings logo suspended between the towers! Tower Bridge is a combined drawbridge and suspension bridge. It is close to the Tower of London, from which it takes its name. It is often mistakenly referred to as the London Bridge, which is another bridge upstream on the Thames in London. Tower Bridge was officially opened in 1894. The current blue and white paint scheme is part of a recent facelift also involving improved walkways and lighting. In the summer or 2012, it sported (pun intended) Olympic Rings from the upper deck in celebration of the participation of 10,000+ Olumpians!

FEATURED PHOTO, Group of photographers from around the world group, 8/3/12

Amazing! Love the red bus on the bridge and the blue sky. L/F

Wonderful composition and colors! I love how the red bus is exactly in the center of the bridge!

thank you Paul, I did have to wait for that!

Perfect title as this is a really beautiful image Joan!

thank you Steve for the feature in the Urban Images group, 11/4/15

Congratulations on your sale Joan!

Excellent work! Congrats on your sale!

Thank you Charlie and Norma!

Joan, you are a fantastic photographer. You bring your subject to life and capture the best possibly angles, composition and you throw the viewer right into the scene. I love the editing you did on this piece. voted.

thank you so much Carole!

Gorgeous, Congratulations on this sale