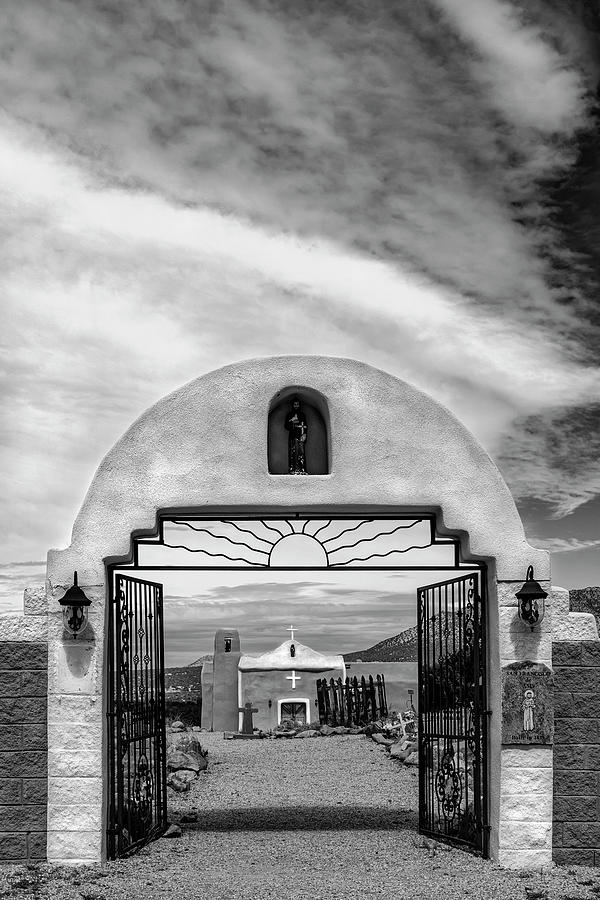 The church is now one of the most photographed sites along the historic Turquoise Trail. After being abandoned for twenty years Michael R Montano came along and with the help of local parishioners, restored the church which now holds mass every Saturday afternoon.

The New Mexico Land of Enchantment Group is honored that you chose to submit your work to the group and we are proud to feature your magnificent image on the Homepage in the Featured Images.

How beautiful! Congratulations on your feature in ABC Group! FL

Congratulations! Your fantastic art has been featured on the Home Page of the ABC GROUP from the U IS FOR UPLIFTING themed week, APRIL 20- April 27 2020. You are invited to add this wonderful art to the Features Archive Discussion in the ABC GROUP.

Congratulations! Your outstanding artwork has been chosen as a FEATURE in the “The Gray Scale Outdoors” group on Fine Art America — You are invited to post your featured image to the featured image discussion thread as a permanent place to continue to get exposure even after the image is no longer on the Home Page.