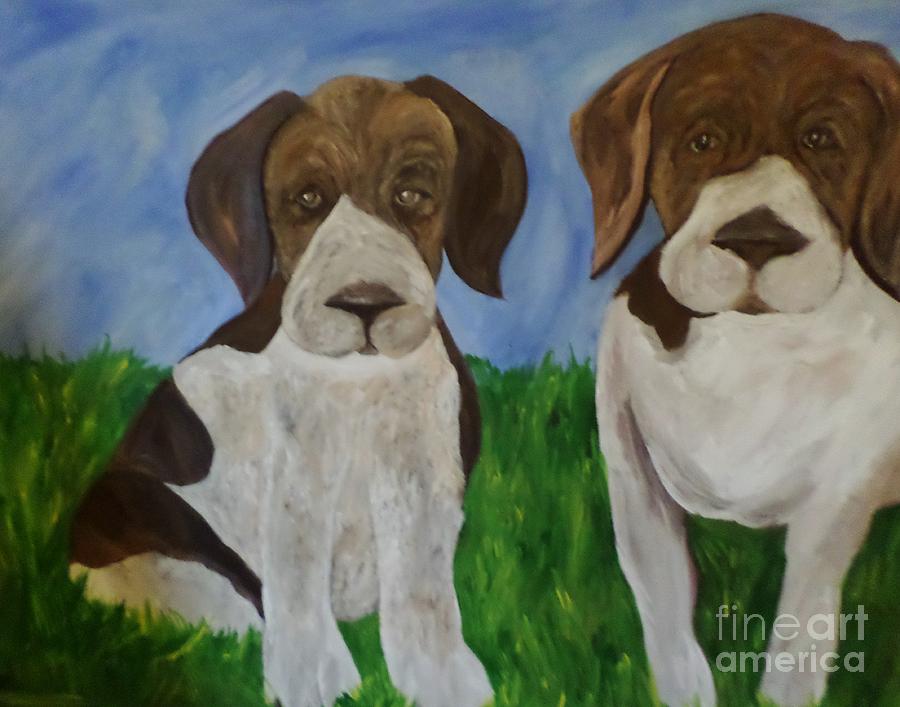 Acrylic painting of pointer puppies. English pointers (or simply "pointers," as they are recognized by the AKC) are gun dogs named for the characteristic pose they assume when they catch the scent of game. They stand motionless with head lowered and the nose pointed toward the game; the tail held horizontally, in line with the head and back. One leg is raised and bent at the wrist. The direction the dog points guides the hunter to the game.

Pointers were used in Europe as far back as the 1600s to locate hare, which were then chased by greyhounds. By the next century, pointers became the preferred dog of hunters and proved to be skilled at pointing and tracking. Pointers are known for being hard workers with great speed and endurance as well as exceptional scenting ability.

Their exact ancestry is not really known, but is thought to include bloodhound, foxhound and greyhound. Some breed historians say that Newfoundland, setter and even bulldog are also in the mix, but no one knows for sure.