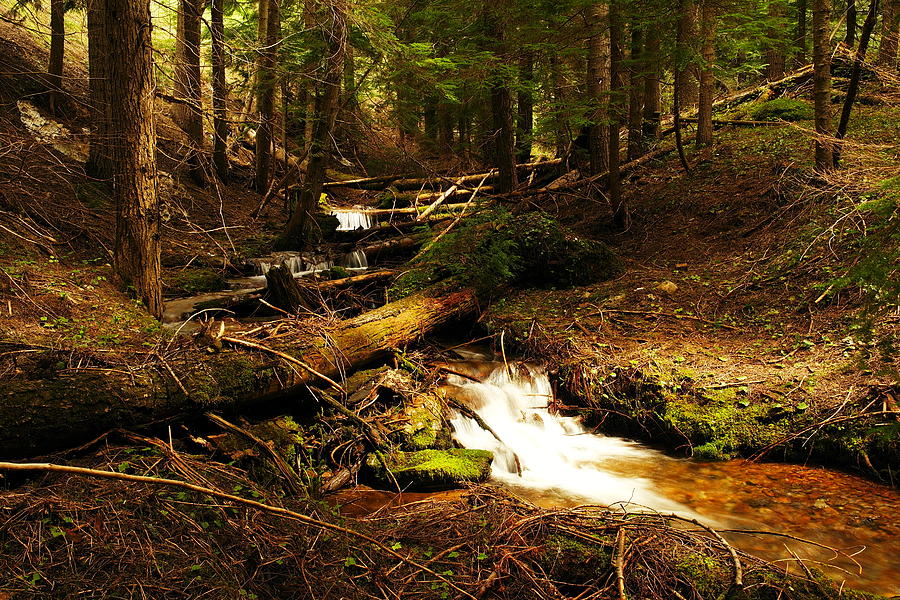 Contents [hide]
1 Fire of 1910
2 Site restoration
3 References
4 External links
Fire of 1910[edit]
The summer of 1910 was hot and dry, with an extremely high fire danger throughout the western United States. By August, there were approximately 1,400 wildfires burning out of control in northern Idaho, northeastern Washington, and northwestern Montana. On 20 August, some of these wildfires blew-up into huge firestorms, threatening a number of rural communities and trapping firefighting crews. One of those crews was led by Ed Pulaski.[2][3][4]

Pulaski and his crew were fighting the fire in an area around the west fork of Placer Creek, approximately 10 miles (16 km) southwest of Wallace. When the fire became too dangerous, Pulaski ordered his forty-five men to evacuate toward Wallace. As they retreated, a second fire blocked their way, leaving them surrounded by fire. Pulaski knew the area so he was able to lead his men through the burning forest to an abandoned mine. The crew (along with two horses) entered the mine opening near the bank of Placer Creek just as the fire engulfed the area.[2][3][5]

The mine was actually a short prospecting tunnel that had been abandoned because no ore was found there. The mine opening was 6 feet (1.8 m) high and 5 feet (1.5 m) wide. At the entrance, there were cedar floor planks and squeeze caps logs in place to prevent spalling. The total length of the mine was only 250 feet (76 m); however, that was enough to shelter Pulaski and his crew.[2][6]

As the fire raged outside the mine, the heat caused the cold air in the tunnel to rush out, replacing it with hot air and smoke. Pulaski ordered the men to lie down on the floor of the mine where there was still some breathable air. As the fire closed in around the tunnel entrance, timber beams at the mouth of the tunnel began to burn. Pulaski carried water in his hat from pools on the mine floor to the entrance, trying to douse the flames. In the process, he was badly burned. Eventually, Pulaski fell unconscious, as did all his men.[2][3][5]

The next morning, Pulaski counted 39 living men. One of his crew had been killed by a falling snag on the way to the mine; five others had died from smoke inhalation during the night (the two horses also died). After the fire in the surrounding forest died down, Pulaski and his crew followed Placer Creek to safety in Wallace.[2][3][5][7]

Because of its association with Ed Pulaski and the Great Fire of 1910 fire, the Pulaski Tunnel and fire escape route were listed on the National Register of Historic Places in 1984. The tunnel also provides valuable information on historic mining methods in the Idaho panhandle.[2][8]

Thanks Buyer from Franklin PA

The scent of fresh earth and the waters if wonderful! Gets the senses flowing! voted

Beautiful lighting on the water in this, Jeff! v/f