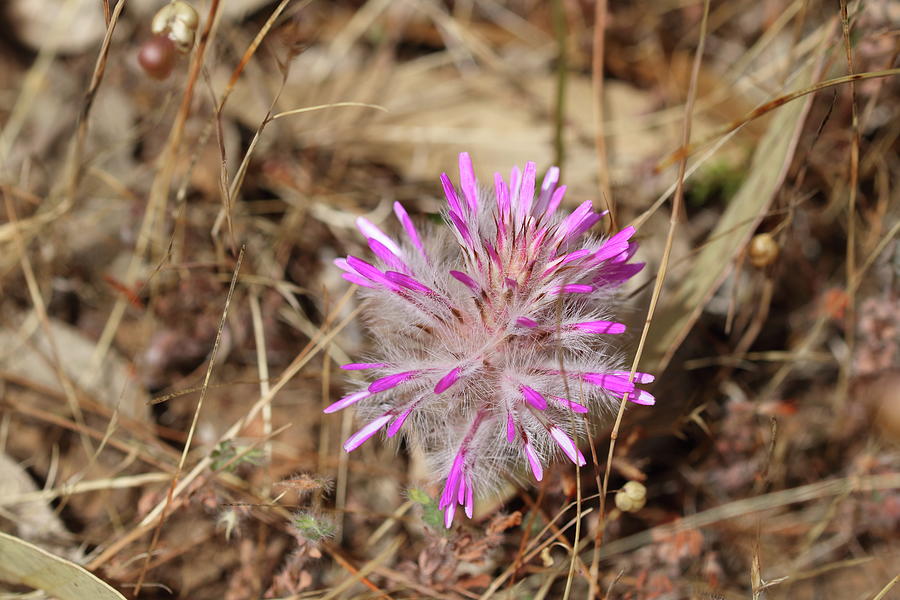 Ptilotus R.Br. is a genus of approximately 120 species of annual and perennial herbs and shrubs in the family Amaranthaceae. All species are native to mainland Australia although one species, Ptilotus spathulatus (R.Br.) Poir., also occurs in Tasmania and another, Ptilotus conicus R.Br., in Malesia on the islands of Flores and Timor. Most of the diversity is in Western Australia, particularly in the Pilbara.

Common names for species in this genus include mulla mulla, foxtails, pussy tails and lamb's tails. The genus was first formally described by bota-nist Robert Brown in Prodromus Florae Novae Hollandiae in 1810. In family-level phylogenetic studies, Ptilotus has been placed within a clade informally known as the 'aervoids'. It has been resolved as monophyletic and is closely related to Aerva Forssk.