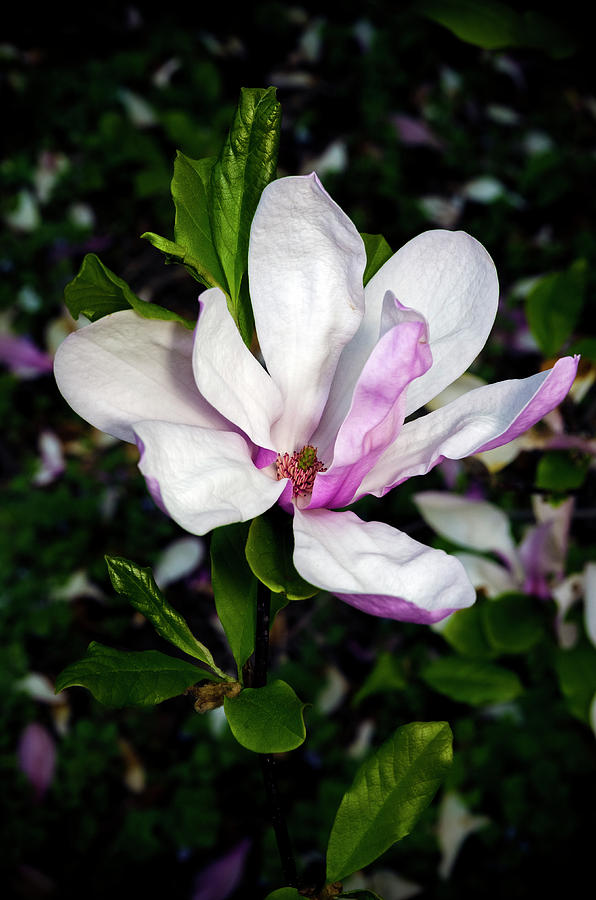 A diverse family of trees, the lovely magnolias share some common traits that have made them beloved throughout much of the country. They are generally medium-sized or smaller trees, distinguished by unusual flower and wood characteristics that suggest they are the oldest of all flowering plant families. Indeed, many experts believe that only the conifers extend further back into antiquity.

Magnolias are distinctive in many other ways as well. They are known for their large, showy flowers, which in many species are fragrant, and which grow singly at the tips of branches. Magnolia wood is usually soft and light in color and is used in making crates, boxes, and light furniture. The tree is of perhaps greatest value as a prized ornamental that also attracts a wide range of wildlife.

The magnolia genus embraces both deciduous and evergreen trees and shrubs, with most species having thin, smooth bark and large leaves and flowers. But whatever the variety, magnolias have long done credit to their namesake, Pierre Magnol, who was director of the botanical garden at Montpellier, France. Eight species of magnolia are native to the United States.
The Magnolia’s Place in History

Throughout American history, the floral beauty of the magnolia has made it one of the country’s most sought-after botanical treasures. Not only did early botanists introduce it to French gardens, but other pioneers in the field also made it a sensation in the landscapes of England. On American soil, too, the magnolia has had an honored place. The long-lived southern magnolia, for example, has helped commemorate many events. The Jones Magnolia, planted in 1839 in Arkansas’ Washington State Park and still thriving today, stands near the inn where Sam Houston and others gathered to plan the independence of Texas. The blacksmith shop where James Black and Jim Bowie made the first Bowie Knife also stood near this location.
Some Common Species

The southern magnolia (Magnolia grandiflora) is a large, broad-leaved evergreen that can grow to 80 feet in height, with a spread of 40 feet. While its low-branching form gives it a graceful appearance, southern magnolia is perhaps best known for its creamy white flowers, up to a foot long and powerfully fragrant, and for its large leaves. This magnificent tree has a natural range from North Carolina to Florida and westward to Texas. Southern magnolia is at home both as a memorable lawn or garden specimen tree and in the forest. (Grows in hardiness zones 6 to 10.)

The cucumbertree magnolia (Magnolia acuminata) grows naturally from western New York to Georgia and the northern sections of Alabama and Mississippi, and throughout Arkansas to eastern Oklahoma and southern parts of Missouri, Illinois, Indiana, and Kentucky. It is distinguishable by its large leaves and by the colorful seeds that protrude from its purplish fruit. Its wood is used to make boxes, crates, and the interior finish of houses. (Grows in hardiness zones 3 to 8.)

Thank you very much Donna for your lovely comment and the fav!!