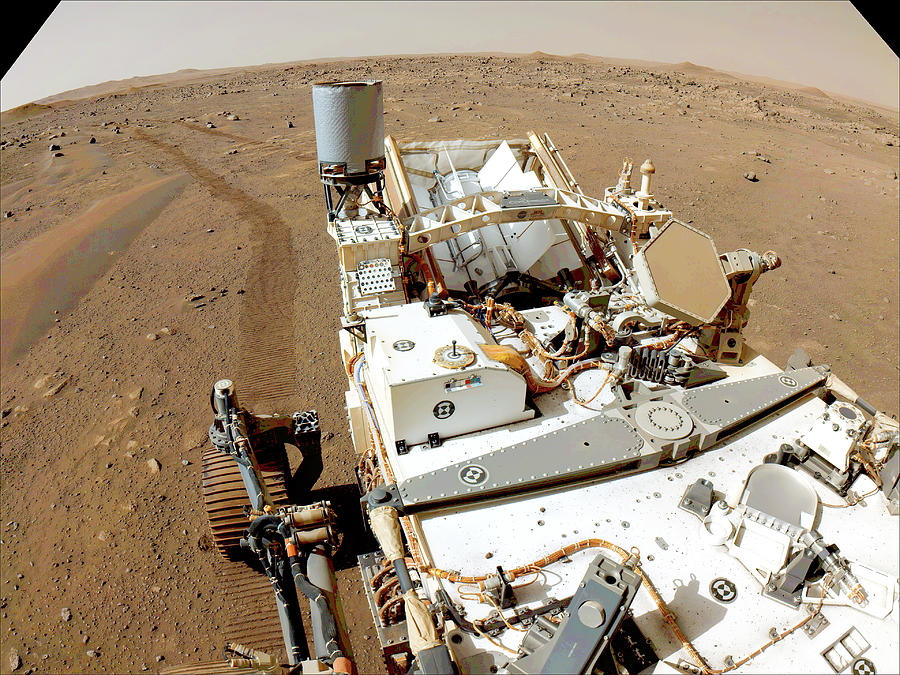 "Perseverance Looks Back After a Long Autonomous Drive"

NASA's Perseverance Mars rover looks back toward its tracks on July 1, 2021 (the 130th sol, or Martian day, of its mission), after driving autonomously 358 feet (109 meters) – its longest autonomous drive to date. Taken by one of the rover's Navigation Cameras, the image has been processed to enhance the contrast.

Perseverance has been exploring the floor of Jezero Crater since it landed on Feb. 18, 2021.

A key objective for Perseverance's mission on Mars is astrobiology, including the search for signs of ancient microbial life. The rover will characterize the planet's geology and past climate, pave the way for human exploration of the Red Planet, and be the first mission to collect and cache Martian rock and regolith (broken rock and dust).

The Mars 2020 Perseverance mission is part of NASA's Moon to Mars exploration approach, which includes Artemis missions to the Moon that will help prepare for human exploration of the Red Planet.

Subsequent NASA missions, in cooperation with ESA (European Space Agency), would send spacecraft to Mars to collect these sealed samples from the surface and return them to Earth for in-depth analysis.

For more information about the mission, go to: https://mars.nasa.gov/mars2020