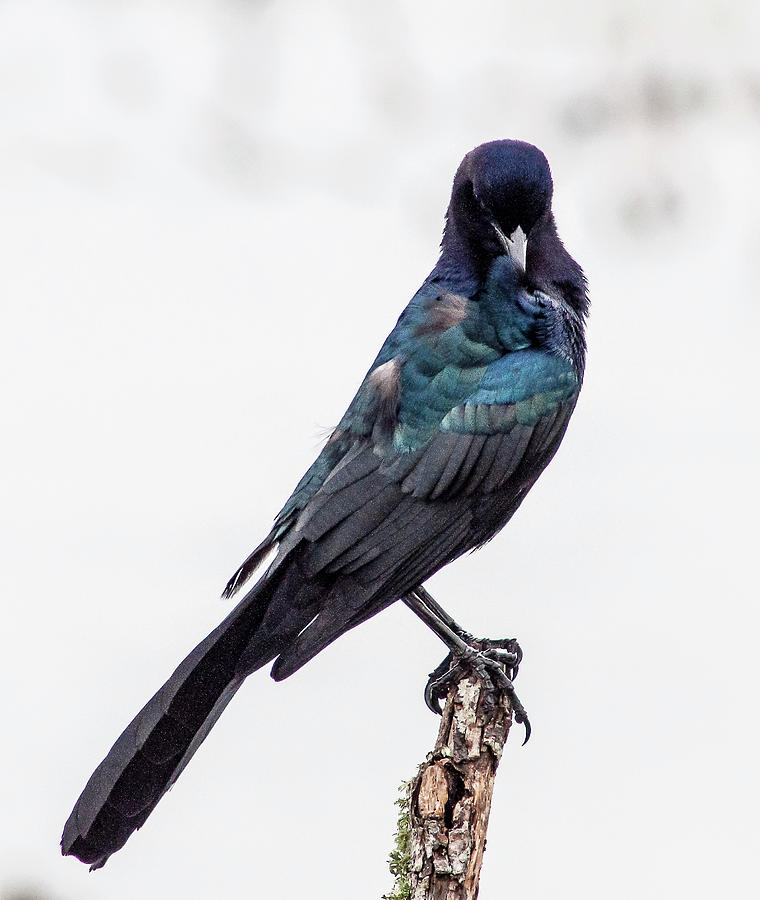 The boat-tailed grackle (quiscalus major) will be found almost exclusively around salt water, rarely being found more than 30 miles from it. The exception being the state of Florida where it is found all over the state. Its range is the southern United States from the Atlantic coast, through Florida, and the Gulf of Mexico states west to Texas. They don't migrate and most stay within ten miles of where they were born. They breed mostly in marshy areas,

They are opportunistic omnivorous scavenging small animals and plants along the seashore as well as visiting dumps and fast food parking lots for their meals. They also eat seeds, insects and small animals.

Congratulations, your work is Featured in "Birds In Focus" I invite you to place it in the group's "2020-2021 Featured Image Archive" Discussion!! L/Tweet

I'm really glad you like it Don. Thank you very much for the feature in the group "Birds In Focus."

I'm really glad you like it Lyric. Thank you very much for the feature in the group "Bedroom Art Gallery."

I'm really glad you like it John. Thank you very much for the feature in the group "Images That Excite You."