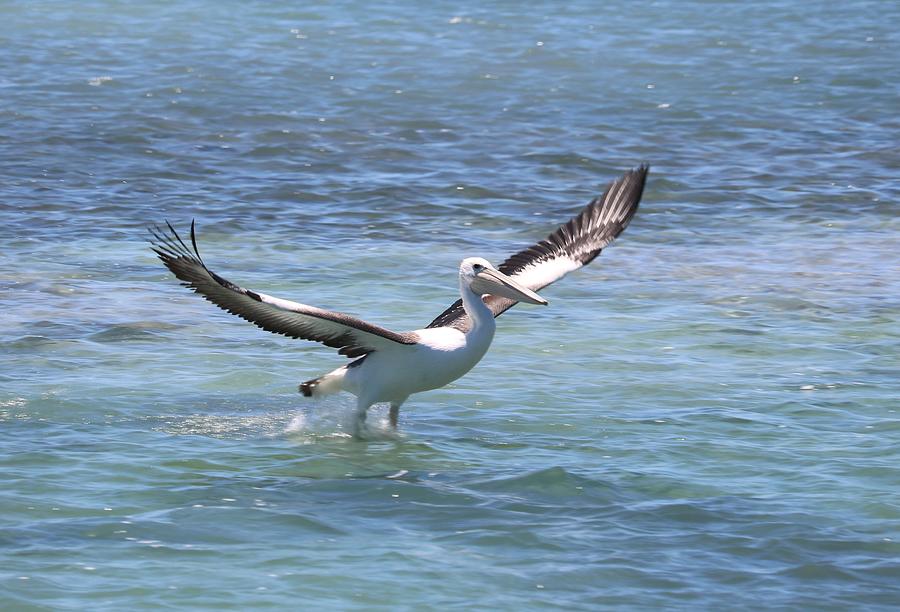 Pelican beginning its run up to flight off Shoalwater Marine Park, Western Australia

It is an effort for them to get airborne
Australian pelican. The Australian pelican ( Pelecanus conspicillatus) is a large waterbird in the family Pelecanidae, widespread on the inland and coastal waters of Australia and New Guinea, also in Fiji, parts of Indonesia and as a vagrant in New Zealand. It is a predominantly white bird with black wings and a pink bill.

Excellent capture of this magnificent bird!

A super capture......was this when we were coming back from Penguin Island? .....excellent photography and a like and a favourite.

Yes, I think it was