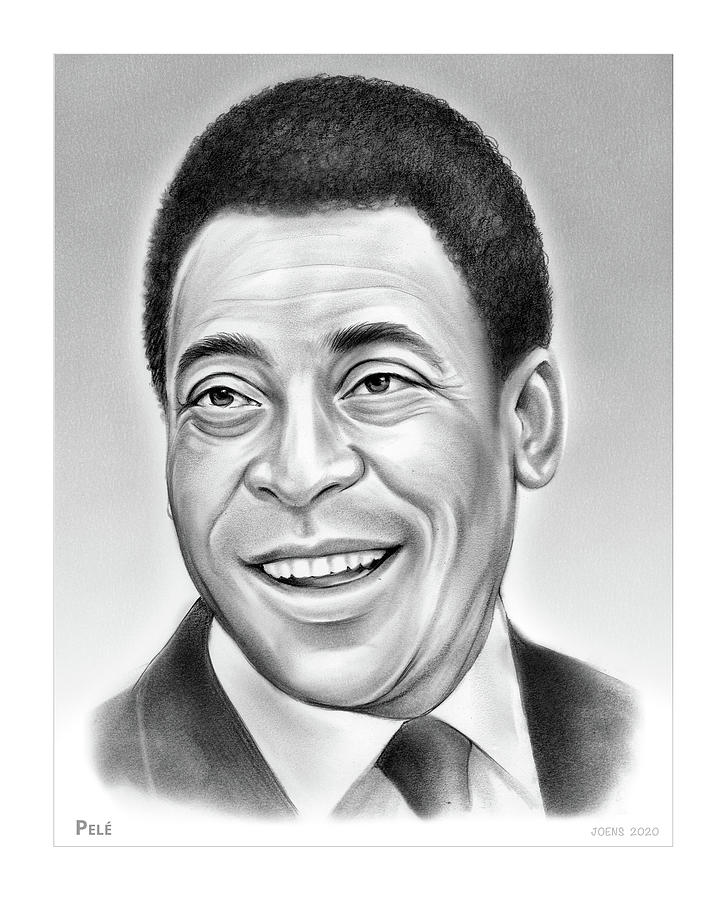 Edson Arantes do Nascimento (Brazilian Portuguese: [ˈɛtsõ (w)ɐˈɾɐ̃tʃiz du nɐsiˈmẽtu]; born 23 October 1940), known as Pelé ([peˈlɛ]), is a Brazilian retired professional footballer who played as a forward. Widely regarded as the greatest player of all time,[1] he was among the most successful and popular sports figures of the 20th century. During his playing days, Pelé was for a period the best-paid athlete in the world.

In 1999, Pelé was voted World Player of the Century by the International Federation of Football History & Statistics (IFFHS), and was one of the two joint winners of the FIFA Player of the Century award. That same year, Pelé was elected Athlete of the Century by the International Olympic Committee and was included in the Time list of the 100 most important people of the 20th century. According to the IFFHS, Pelé is the most successful top division scorer of all times with 541 goals in 560 appearances.[2] His total of 1279 goals in 1363 games, which included friendlies, is a Guinness World Record.[3]

Pelé began playing for Santos at age 15 and the Brazil national team at 16. During his international career, he won three FIFA World Cups: 1958, 1962 and 1970, being the only player ever to do so. Pelé is the all-time leading goalscorer for Brazil with 77 goals in 92 games. At club level he is Santos' all-time top goalscorer, and led them to the 1962 and 1963 Copa Libertadores. Known for connecting the phrase "The Beautiful Game" with football, Pelé's "electrifying play and penchant for spectacular goals" made him a star around the world, and his teams toured internationally in order to take full advantage of his popularity. Since retiring in 1977, Pelé has been a worldwide ambassador for football and has made many acting and commercial ventures. In 2010, he was named the Honorary President of the New York Cosmos.

Averaging almost a goal per game throughout his career, Pelé was adept at striking the ball with either foot in addition to anticipating his opponents' movements on the field. While predominantly a striker, he could also drop deep and take on a playmaking role, providing assists with his vision and passing ability, and he would also use his dribbling skills to go past opponents. In Brazil, he is hailed as a national hero for his accomplishments in football and for his outspoken support of policies that improve the social conditions of the poor. Throughout his career and in his retirement, Pelé received several individual and team awards for his performance in the field, his record-breaking achievements, and legacy in the sport.