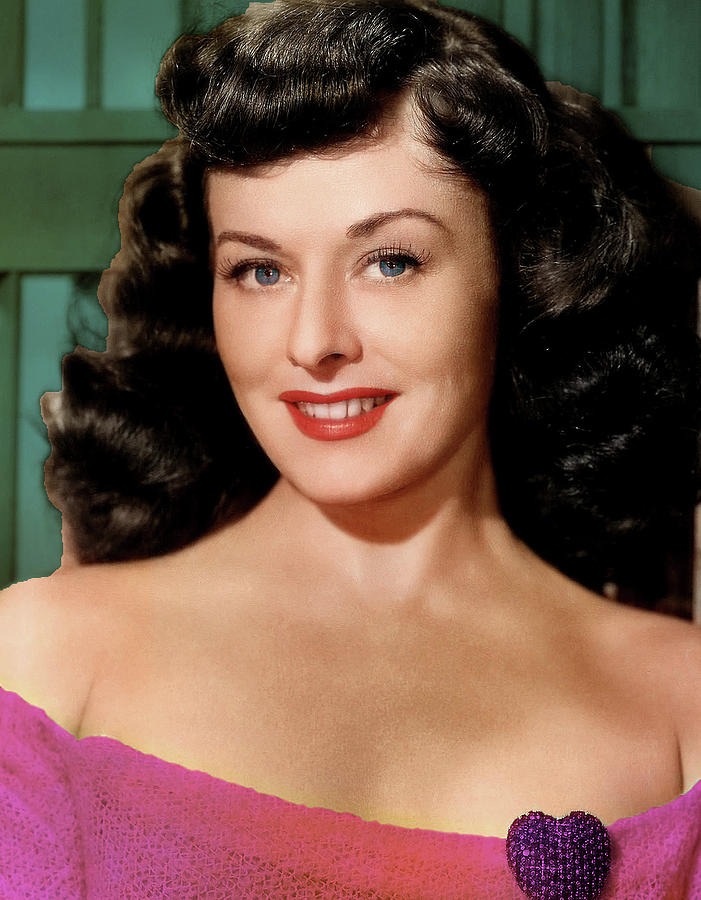 A colorized publicity photo of actress Paulette Goddard (1911-1990). Before becoming an American actress, she worked as a child fashion model and a performer in several Broadway productions as a Ziegfeld Girl. She became a major star of Paramount Pictures in the 1940s. Her most notable films were her first major role, as Charlie Chaplin's leading lady in ''Modern Times,'' and Chaplin's subsequent film ''The Great Dictator.'' She was nominated for an Academy Award for Best Supporting Actress for her performance in ''So Proudly We Hail!'' (1943).