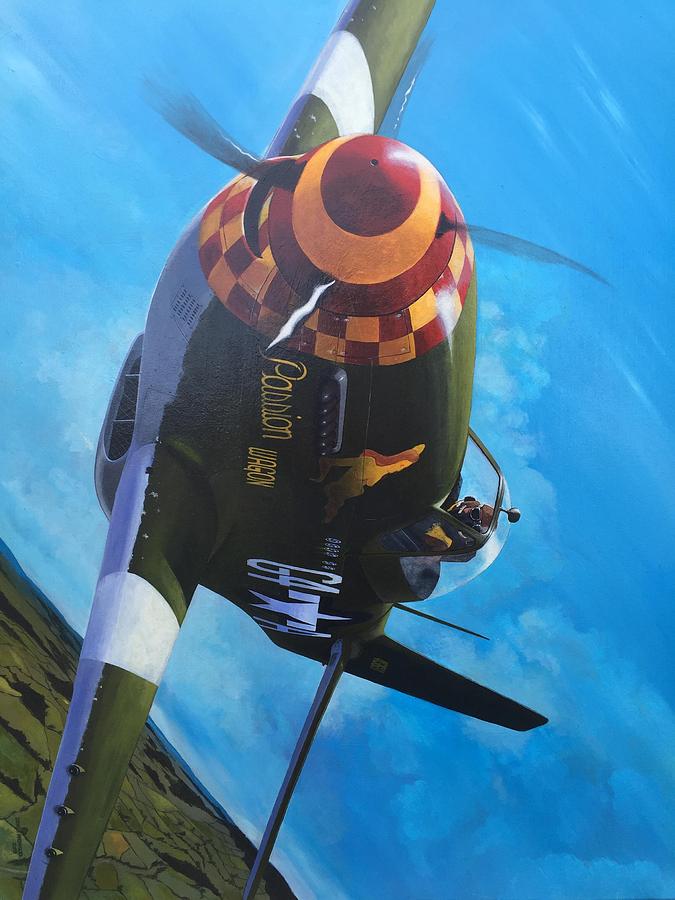 Passion Wagon P51-D .The Pilot was Arval.J.Roberson of the 357th Fighter Group USAF.This Plane was unusual in that it had no tail strengthening done while having the new Canopy fitted .It was also said it was a different colour to the rest of the planes in the group ,I did some research and found out that during the refit there was a shortage of the usual Olive green paint ,so the airfield in France was also used by a British Group and British Green was used instead .

I can appreciate this work! That's a huge painting!

Congratulations on this marvellous painting being FEATURED in “PAINTING THE OLD WAY” , L/F….group administrator, John Malone (You may also want to participate in our discussion thread, I would appreciate that)

Thanks very kind of you to say.

Devon, congratulations on your first place win in the Allied Air Supremecy contest! A great piece of aviation art with a unique perspective and attention to detail, a well deserved win.

Cheers ,drinks on me

Cheers John ,Aviation Ive done a lot of over the years.