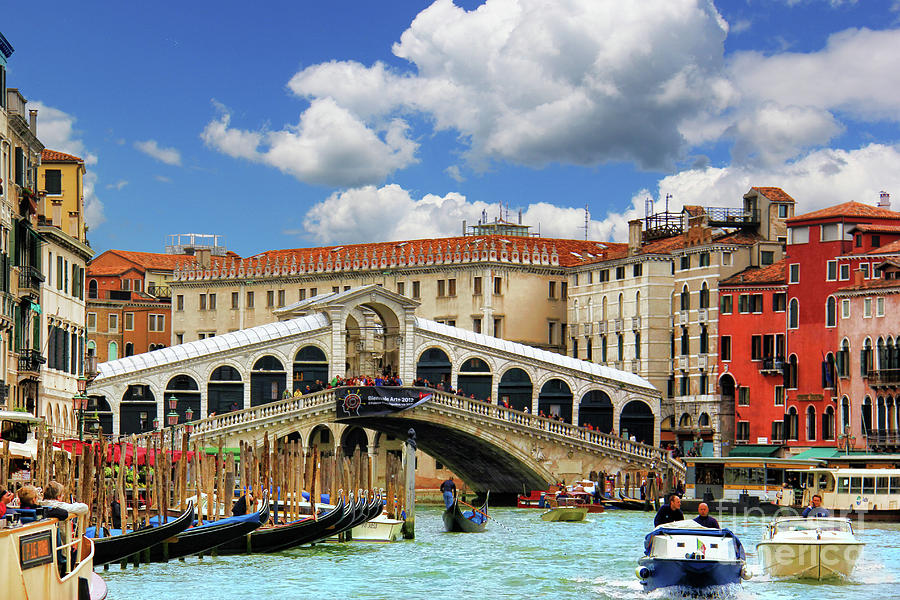 Venice is a city in northeastern Italy sited on a group of 118 small islands separated by canals and linked by bridges. It is located in the marshy Venetian Lagoon which stretches along the shoreline, between the mouths of the Po and the Piave Rivers. Venice is renowned for the beauty of its setting, its architecture and its artworks. The city in its entirety is listed as a World Heritage Site, along with its lagoon.

During the 20th century, when many artesian wells were sunk into the periphery of the lagoon to draw water for local industry, Venice began to subside. It was realised that extraction of water from the aquifer was the cause. The sinking has slowed markedly since artesian wells were banned in the 1960s. However, the city is still threatened by more frequent low-level floods (called Acqua alta, "high water") that creep to a height of several centimetres over its quays, regularly following certain tides. In many old houses, the former staircases used to unload goods are now flooded, rendering the former ground floor uninhabitable.

Venice is one of the most important tourist destinations in the world for its celebrated art and architecture. The city has an average of 50,000 tourists a day (2007 estimate). In 2006, it was the world's 28th most internationally visited city, with 2.927 million international arrivals that year. It is regarded as one of the world's most beautiful cities.

~ This Way Arts
~ WHAT Interrobang a day
~ Your Very Best Photography


Note: If an image has the FAA watermark in the lower right hand corner it will NOT appear on any print you purchase.

Beautiful! It brings me back great memories of my trip to Venice!

WOW, this is a stunning travel image, I love it

I've never had the pleasure of visiting this beautiful city but so enjoy seeing one of its iconic bridges and canals through your photograph. Lovely day, too!

Love this awesome capture and scene in Venice, Mariola! L/F

This is exceptional work! l/f/pinned

Awesome scene and capture, back to enjoy again! LF

Very beautiful image and capture of this lovely scene. L

Fabulous capture of beautiful Venice! Mariola, I would love for you to post this great image to the Picturesque Neighborhoods of the World Group. It will surely make a great addition to that Group. F/L. Link - https://fineartamerica.com/groups/-picturesque-neighborhoods-of-the-world-.html

What a beautiful photograph, Mariola! A wonderful capture.

This does look like paradise! Beautiful image Mariola! f/l

Beautiful shot from my City.L/F

I love this beautiful travel image

Perfection in this capture of Venice! LF

Indeed, a well captured shot of this Paradise. I love reading your notes.

I have never had the pleasure of visiting Venice, but this scene, filled with interest as it is, takes me there.

A view that I remember from a visit....great composition and colour, Wendy

I have great memories from Venice, Mariola, and I love this image! L