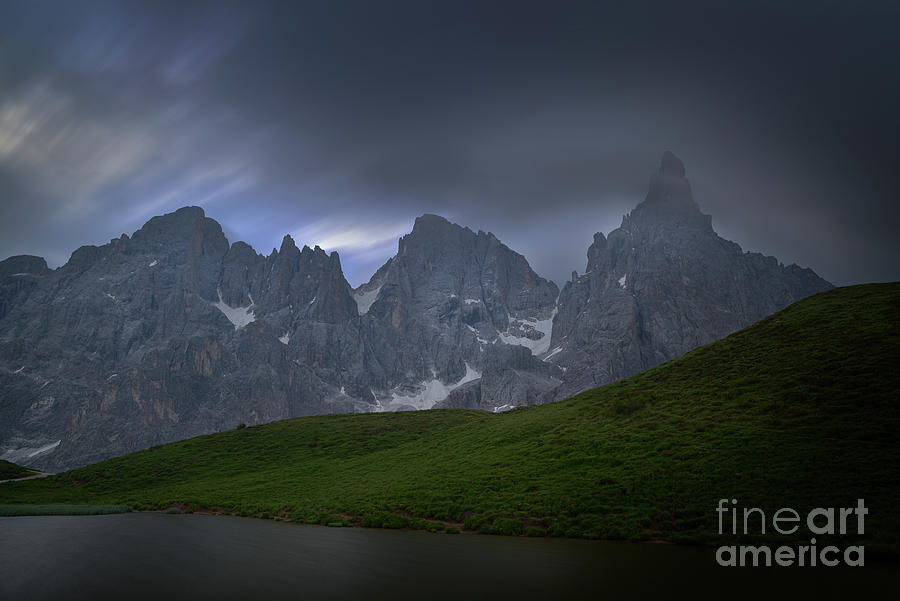 This is a long exposure of the beautiful Pale di San Martino taken in an early morning right before the sunrise, despite that day a storm arrived, so the sun didn't show up.

The Pala group (Italian: Pale di San Martino, Dolomiti delle Pale or Gruppo delle Pale) is a mountain range in the Dolomites, in the eastern Trentino and part of the province of Belluno, northern Italy. They cover an area of c. 240 km² between the Primiero, Valle del Biois and Agordino.

They include a large plateau (altopiano delle Pale), spanning for some 50 km² between 2,500 and 2,800 m, an empty rocky extent.
Geologically, they are composed of dolomite.

Thanks for taking a look, leave a comment, like or buy the photo.
Photo taken in the italian alps - Veneto - Italy

Great photo of this awesome mountain!

Congratulations on being featured in the FAA Group 'Promote Your Work Here and Get Noticed.' To ensure your feature remains available over time, post your featured image(s) in the Group's featured image archive (l/f and pinned, www.pinterest.ca/tendrelimages/00-promote-your-work-here-get-noticed/)

Congrats! This photo has been featured on the •UNESCO World Heritage Sites• group on FAA/Pixels. ||| Featured images are capped around 30, so you are invited to archive your photo to the "2020 Features!" discussion topic.

Just beautiful Yuri. Everything works. Thanks for posting to us.