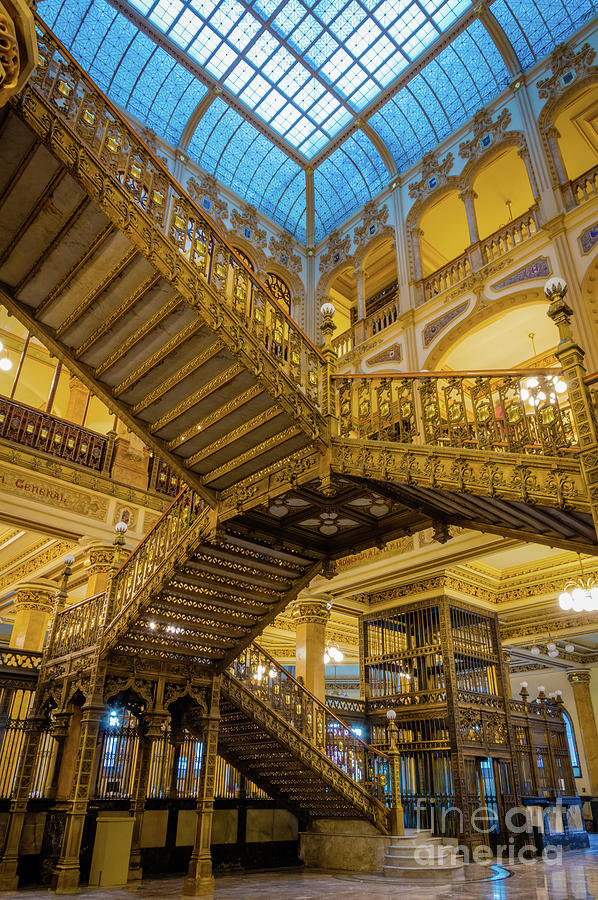 The Palacio de Correos de Mexico (Postal Palace of Mexico City) also known as the "Correo Mayor" (Main Post Office) is located in the historic center of Mexico City, on the Eje Central (Lazaro Cardenas) near the Palacio de Bellas Artes. It was built at the very beginning of the 20th century, when the Post Office here became a separate government entity. Its design and construction was the most modern of the time, including a very eclectic style mixing several different traditions into a very complex design. In the 1950s, the building was modified in a way that caused stress and damage, so when the 1985 earthquake struck Mexico City, this building was heavily damaged. In the 1990s, restoration work has brought the building back to original construction and appearance

Congratulations. Your photography has been chosen to be featured on the HP of PHOTOGRAPHERS FROM AROUND THE WORLD.

Fascinating and intriguing lines and angles; great capture of this impressive piece of architecture.