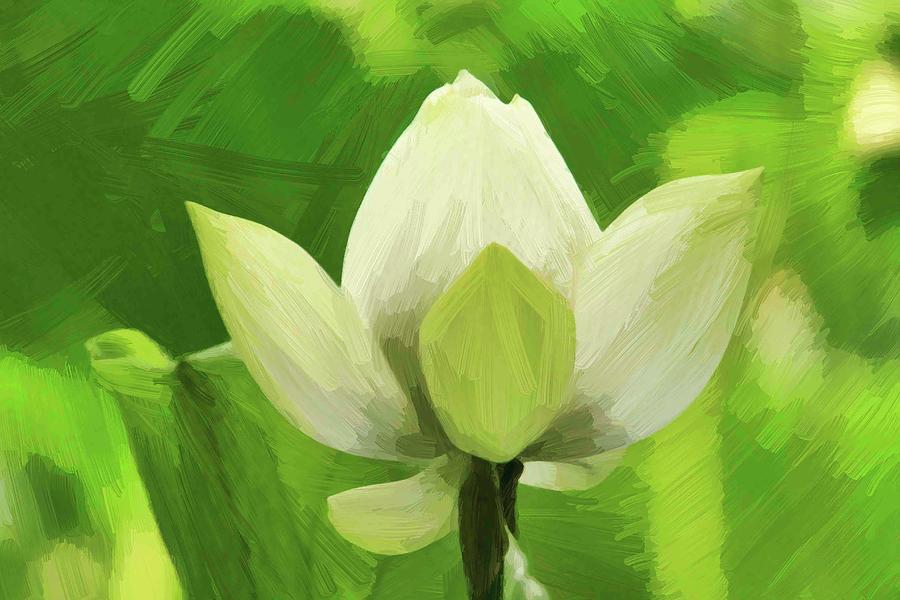 Nelumbo nucifera, also known as Indian lotus, sacred lotus, bean of India, Egyptian bean or simply lotus, is one of two extant species of aquatic plant in the family Nelumbonaceae. It is often colloquially called a water lily. Under favorable circumstances the seeds of this aquatic perennial may remain viable for many years, with the oldest recorded lotus germination being from that of seeds 1,300 years old recovered from a dry lakebed in northeastern China.[1]

It has a very wide native distribution, ranging from central and northernp India (at altitudes up to 1,400 m or 4,600 ft in the southern Himalayas[2]), through northern Indochina and East Asia (north to the Amur region; the Russian populations have sometimes been referred to as "Nelumbo komarovii"), with isolated locations at the Caspian Sea.[3] Today the species also occurs in southern India, Sri Lanka, virtually all of Southeast Asia, New Guinea and northern and eastern Australia, but this is probably the result of human translocations.[3] It has a very long history (c. 3,000 years) of being cultivated for its edible seeds,[3] and it is commonly cultivated in water gardens.[2] It is the national flower of India and Vietnam.WIKIPEDIA


FEATURED ON THE HOME PAGE OF:

Thank you very much ~

Love the mood and colors of this one! l/f

Geri, this is a beauty, great job. f/l

Congratulations ...This amazing artwork has been featured in " 500 Views Share Group " ...Shared...Beth................ You are invited to add your artwork to the group’s " Featured Photographs/Paintings 2 " thread as a permanent archive.

thank you very much GP ~

Gorgeous against that black background l/f

thank you very much Elaine !

thank you very much Dan !