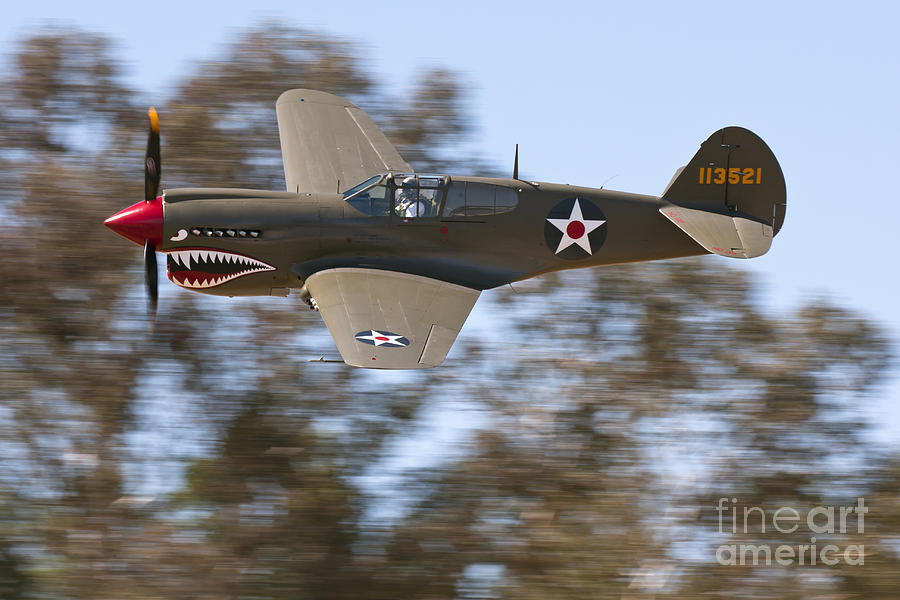 Curtis P40 Warhawk makes a pass during a fly-in at the Nut Tree Airport in Vacaville, California. The Curtiss P-40 first flew in 1938 and was used by the air forces of 28 nations, including those of most Allied powers during World War II, and remained in front line service until the end of the war. When production ceased in November of 1944 13,738 had been built, all at Curtiss-Wright Corporation's main production facility at Buffalo, New York.

Fantastic work here. I love it.

I agree with Ted, great panning that shows real action.