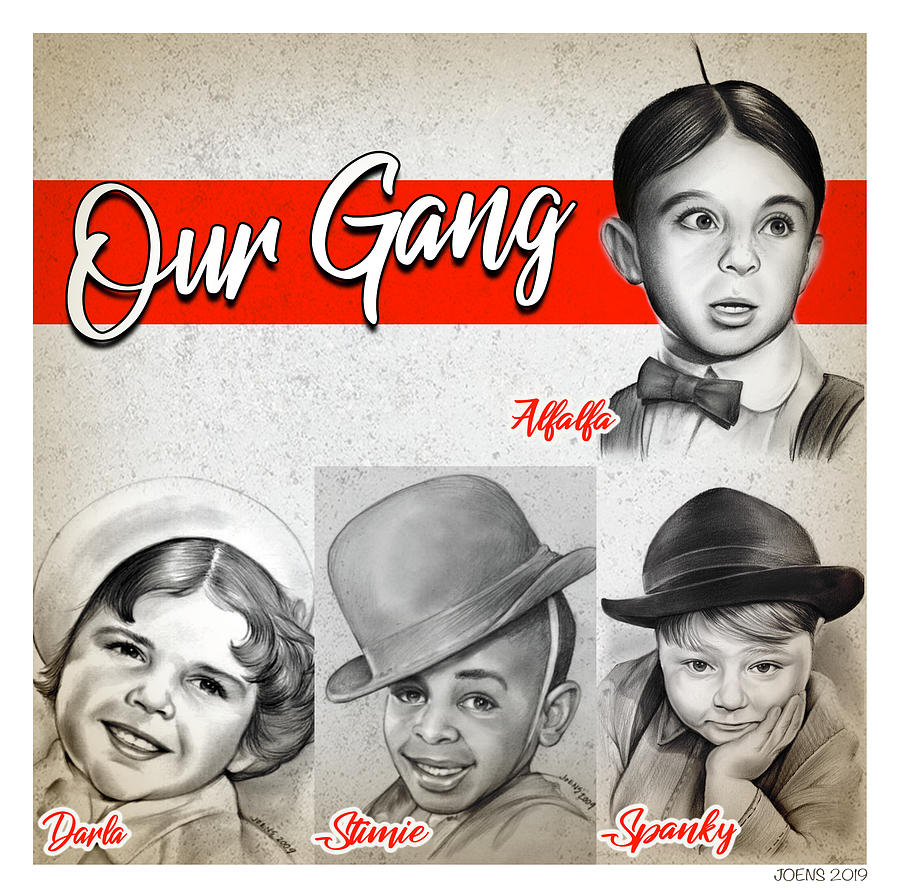 Our Gang (also known as The Little Rascals or Hal Roach's Rascals) is an American series of comedy short films chronicling a group of poor neighborhood children and their adventures. Created by comedy producer and studio executive Hal Roach, the series was produced in various forms from 1922 to 1944 and is noted for showing children behaving in a relatively natural way. Roach and original director Robert F. McGowan worked to film the unaffected, raw nuances apparent in regular children rather than have them imitate adult acting styles. The series broke new ground by portraying white and black boys and girls interacting as equals.[1]

The franchise began in 1922 as a series of silent short subjects produced by the Roach studio and released by Pathé Exchange. Roach changed distributors from Pathé to Metro-Goldwyn-Mayer (MGM) in 1927, and the series entered its most popular period after converting to sound in 1929. Production continued at the Roach studio until 1938, when the series was sold to MGM, which produced the comedies until 1944. Across 220 short films and a feature-film spin-off, General Spanky, the Our Gang series featured over 41 child actors as regulars.

As MGM retained the rights to the Our Gang trademark following their purchase of the production rights, the 80 Roach-produced "talkies" were syndicated for television under the title The Little Rascals beginning in 1955. Roach's The Little Rascals package (now owned by CBS Television Distribution) and MGM's Our Gang package (now owned by Turner Entertainment and distributed by Warner Bros. Television) have since remained in syndication. New productions based on the shorts have been made over the years, including a 1994 feature film, Little Rascals, released by Universal Pictures.
Source: Wikipedia