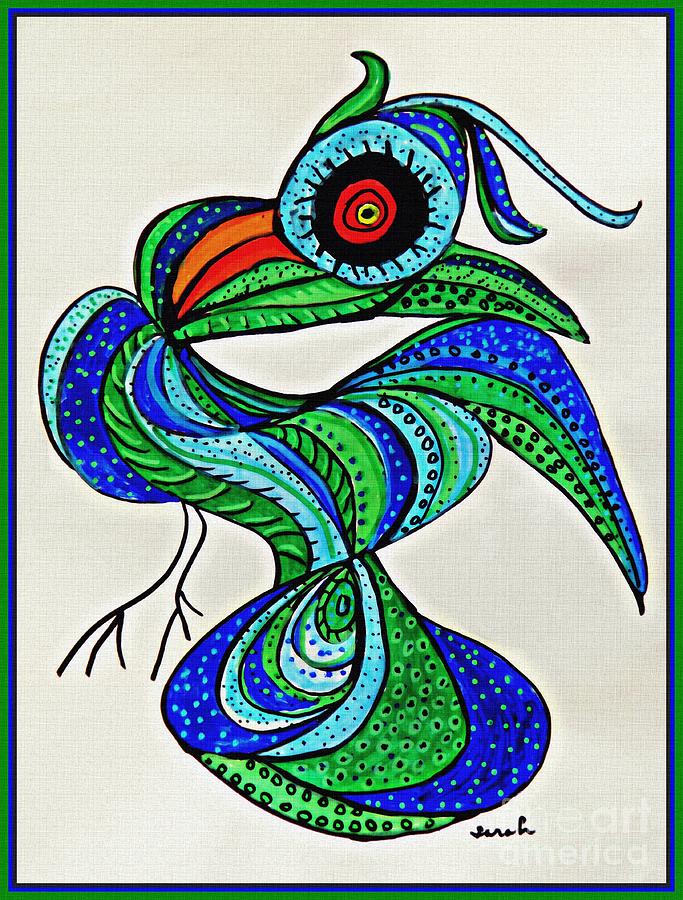 This bird was drawn in a combination of watercolor markers and regular felt tip pens. The image was given some digital enhancement. Texture and frame were added digitally.

One of your peers nominated this image in the 1000 views Groups nominated images by your fellow artist in the Special Features #15 promotion discussion. Please visit and pass on the love to another artist.....L/F/Tw

Thank you, Pamela! I appreciate the feature.