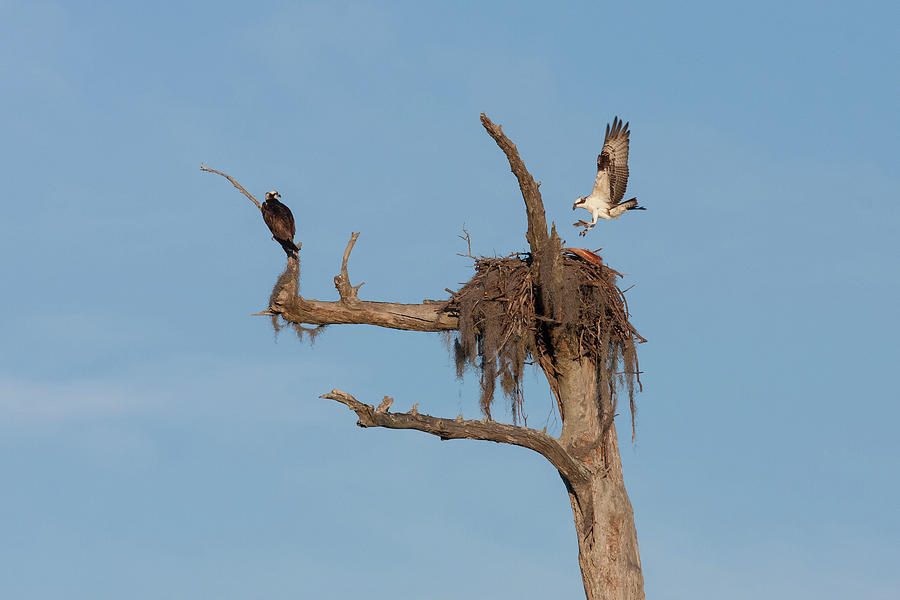 An osprey about to land with nest materials while another osprey is perched on a branch. This nest was in a tall dead tree near the Loxahatchee River in Jonathan Dickinson State Park.

This image has been featured in the following groups:
Wildlife ONE A DAY

Ospreys are often called by other names including sea hawk, fish eagle, river hawk and fish hawk. Their diet consists almost exclusively of fish and can be found nesting near bodies of water with and adequate food supply. The range is nearly worldwide, although not found in Antarctica and only seasonally present in South America.