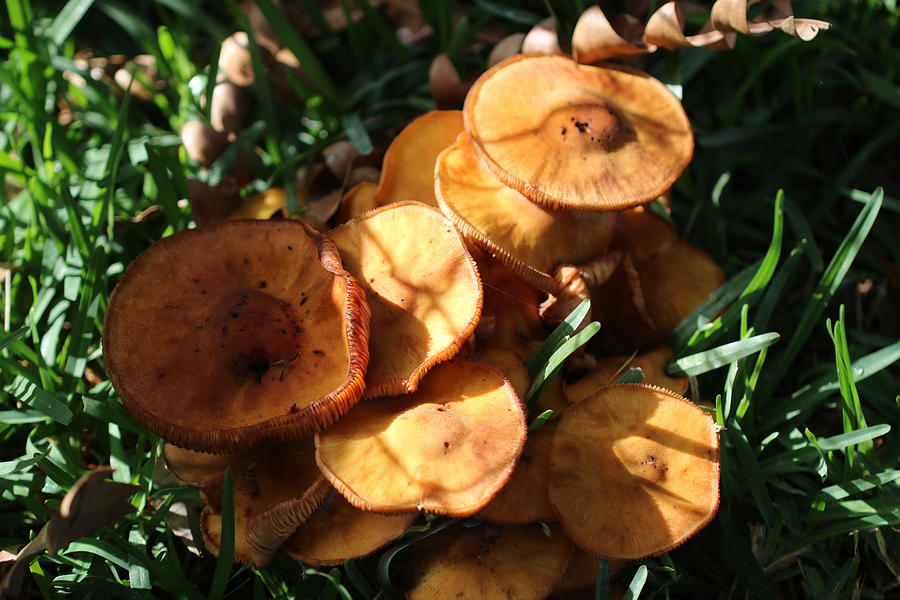 Armillaria luteobubalina has been recorded in southeastern Australia, from the southeastern corner of Queensland through eastern New South Wales and across Victoria into southeastern South Australia. It also occurs in Tasmania and southwestern Western Australia. Those of the karri forests (consisting largely of the species E. diversicolor) of the southwest have paler and yellower caps than those in the jarrah forests (which contain predominantly Eucalyptus marginata) further north. The fruit bodies arise on wood, especially on stumps or around the base of trees, and often in huge numbers. They usually appear between April and July, although most production occurs in the second half of May.Abundant in woodlands, it can invade gardens and orchards, where it can attack many woody plants.

Beautiful shot....love how the sunlight is highlighting these. l/f

Thanks, they are so bright, pity they destroy the trees though