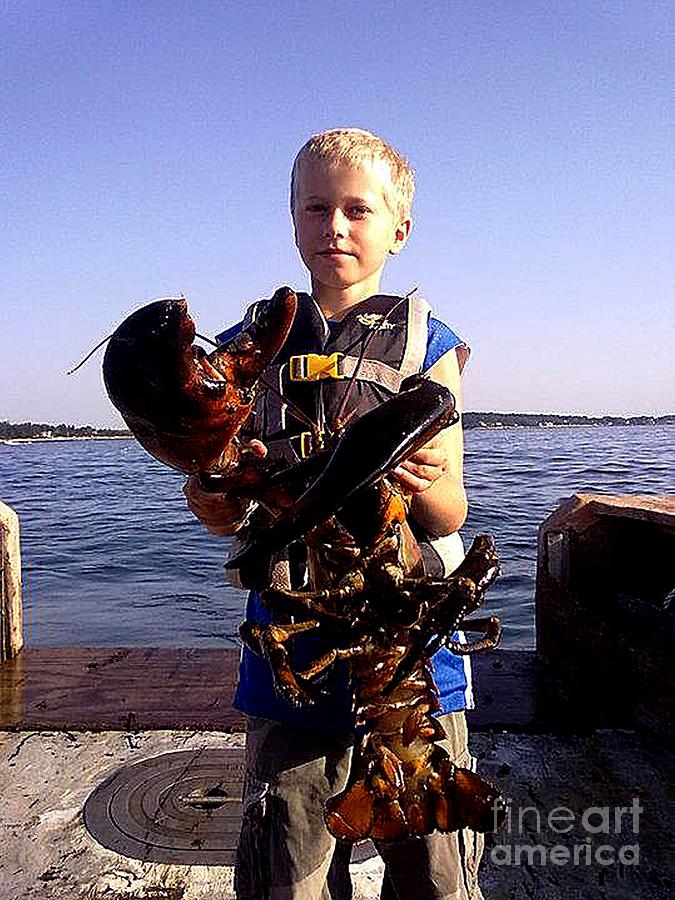 My son holding the biggest lobster we caught all year.

The American lobster, Homarus americanus, is a species of lobster found on the Atlantic coast of North America, chiefly from Labrador to New Jersey. Within North America, it is also known as the northern lobster or Maine lobster. It can reach a body length of 64 cm (25 in), and a mass of over 20 kilograms (44 lb), making it the heaviest crustacean in the world. Its closest relative is the European lobster Homarus gammarus, which can be distinguished by its coloration and the lack of spines on the underside of the rostrum. American lobsters are usually bluish green to brown with red spines, but a number of color variations have been observed.

Great image. That is one big lobster.

Wow, that lobster is almost bigger than him! Great work! v/f

Your son is so handsome and that lobster if BIG! Great photo!

Wonderful capture-- cute kid and mega lobster! What more could a dad ask for?

WOW ~ That's one huge lobster!! Wonderful capture of your son holding the catch of the year!!!

That is a catch

Nice! What a huge lobster! v

Fabulous shot and one handsome young man...Know you must be proud!!!!

Incredible image..good looking boy:-) and wow what a lobster.