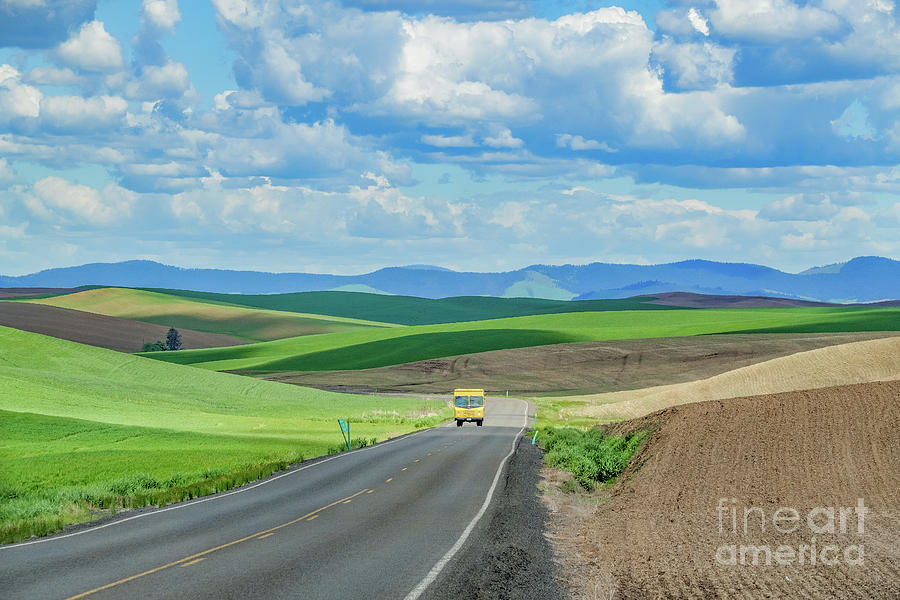 This day I'm out exploring near Steptoe Butte, and I stopped on the Palouse Scenic Byway to take in the beauty of the mountains in the background and the rolling wheat fields, located in Whitman County, Washington. Beautiful clouds hover over the rolling wheat fields of the Palouse in Eastern, Washington. The Palouse is one of the most serene and pastoral locations in the State of Washington. It is characterized by gentle rolling hills covered with wheat fields. The hills were formed over tens of thousands of years from windblown dust and silt, called "loess", from dry regions to the southwest. In the spring the Palouse hills are filled with lush shades of green

Love the layers of colors

it has a nice painterly look. The yellow truck really adds to it

This is beautiful, Ava! It looks like a painting!

I got to visit to the Palouse region once and was mesmerized by the rolling hills. Well done!

On The Road is a beautiful capture Ava

When I started I shot with Canon. I now shoot with Fuji XT2, XT3, XH1, all mirrorless. Thank you for your kind words