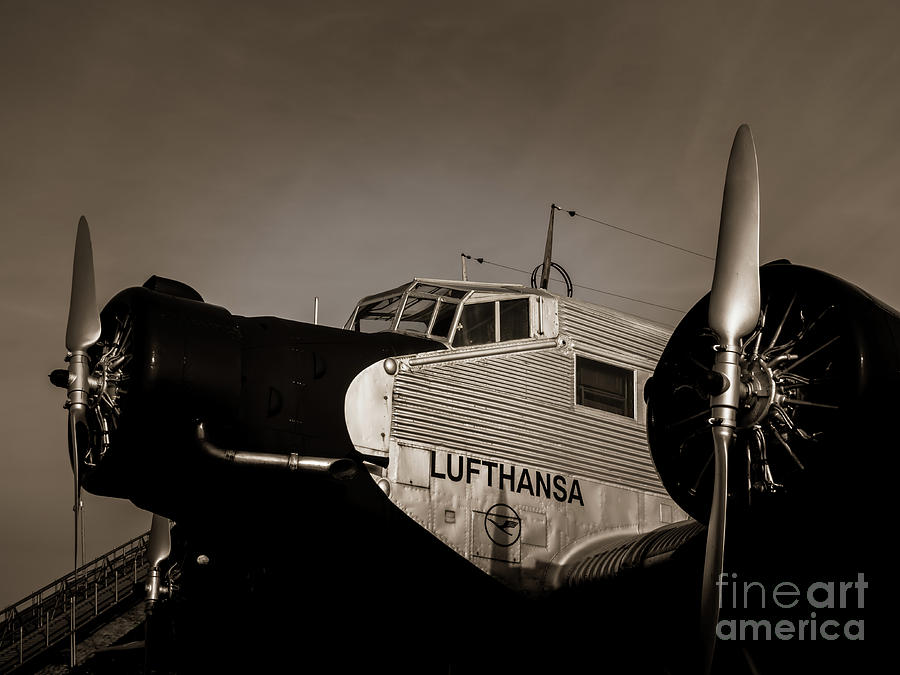 The Junkers Ju 52 (nickname: Aunt Ju) is a type of aircraft of the German aircraft manufacturer Junkers. The Junkers Ju 52 made its maiden flight as a three-engine engine on March 7, 1932. Today, the three-engine model of the Ju 52 is one of the most famous historic aircraft. A total of about 4,800 machines of this type have been manufactured, including about 1,900 before the outbreak of World War II.