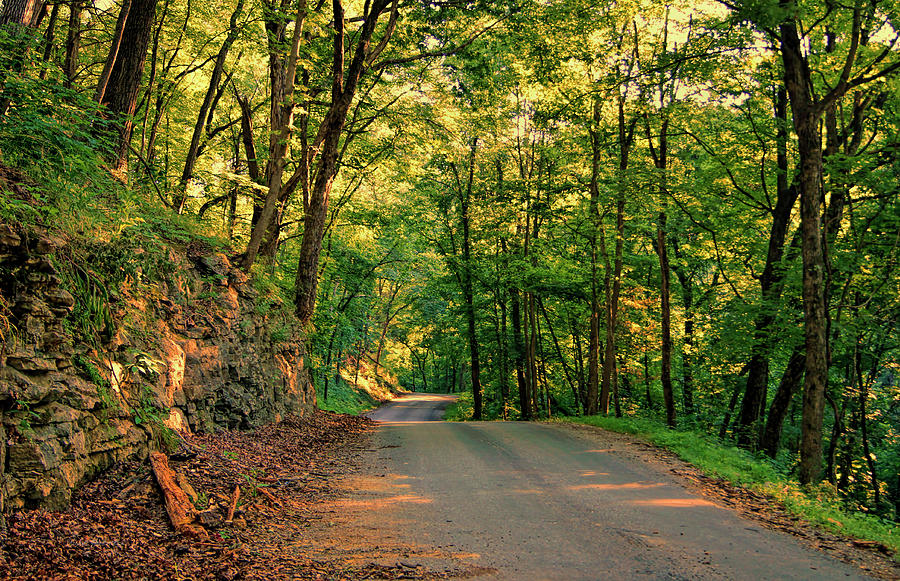 This picturesque, historic road was built in the early 1850s between Columbia, Missouri and Providence, then the closest Missouri River port. Because the road was boggy and sometimes impassable, it was covered with white oak planks. As you can imagine, with time the boards became worn and warped, making travel on the road unpleasant. After a few years, the planks were replaced with gravel. This photograph is of the southern end of the road...much of the northern portion ran under what is now Providence Road. (Near Providence Access, Missouri)