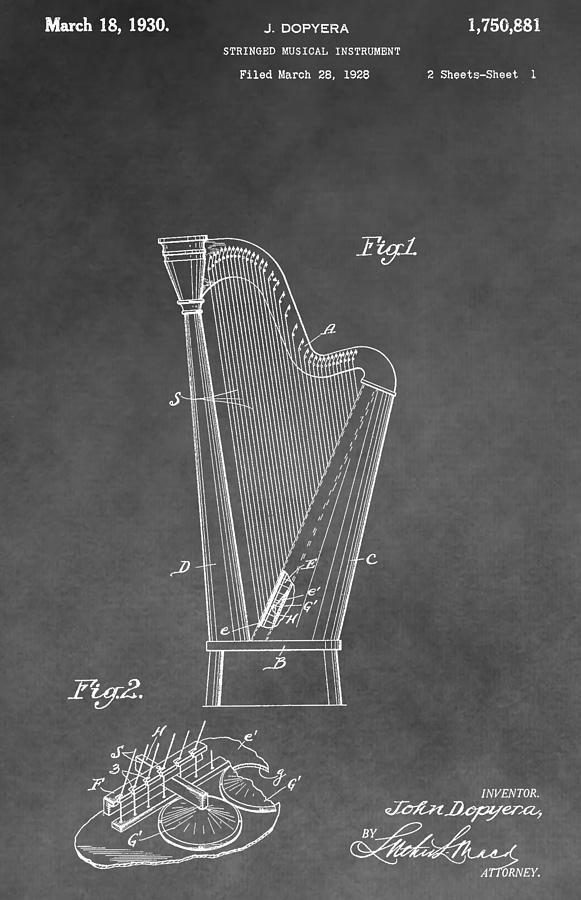 The harp is a multi-string musical instrument which has the plane of its strings positioned perpendicularly to the soundboard. Organologically, it is in the general category of chordophones (stringed instruments) and has its own sub category (the harps). All harps have a neck, resonator and strings. Some, known as frame harps, also have a pillar; those without the pillar are referred to as open harps. Depending on its size, which varies, a harp may be played while held in the lap or while it stands on a table, or on the floor. Harp strings may be made of nylon, gut, wire or silk. On smaller harps, like the folk harp, the core string material will typically be the same for all strings on a given harp. Larger instruments like the modern concert harp mix string materials to attain their extended ranges. A person who plays the harp is called a harpist or harper. Folk musicians often use the term "harper", whereas classical musicians use "harpist".