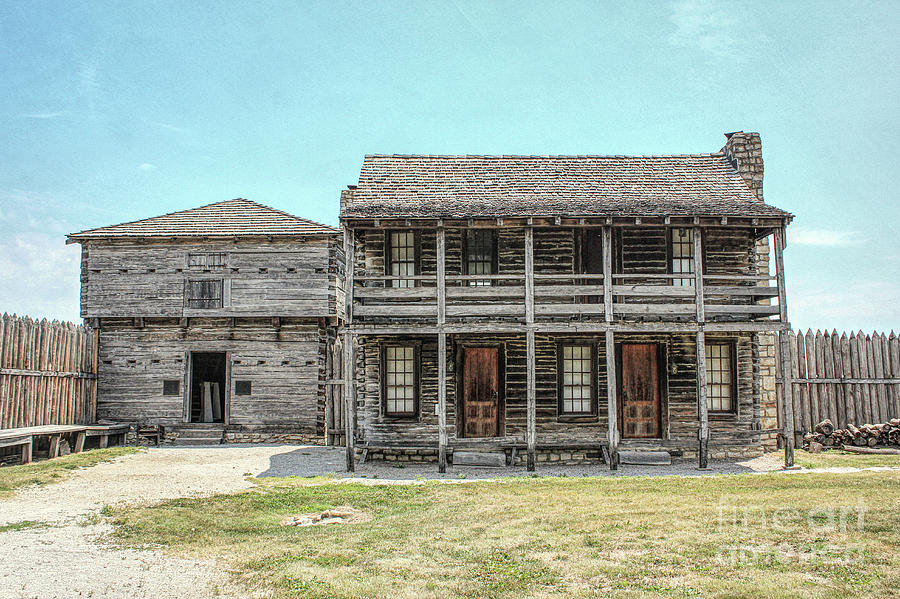 Officer's Quarters by Lynn Sprowl.
When I was young, we held family reunions near this fort. It was tradition to visit Fort Osage before leaving the reunion. Our reunion was held on the 2nd Sunday in June...prime tornado season. I can remember getting home and going directly to the basement.
On the left is Blockhouse 1. The building on the right is the Officer's quarters.
Built under the director of General William Clark, joint commander of the famous Lewis and Clark expedition, Fort Osage was established in 1808 as a military outpost in the newly acquired Louisiana Territory. The Fort’s purpose was to provide a military presence in the territory in order to assure Spain, France and Great Britain that the United States meant to protect its territory by military strength and to establish healthy relations with the Native American population in the territory. Fort Osage was built on a strategic bluff overlooking the Missouri River. The height and location of the bluff provided a clear view of the river for many miles and the river current around the bluff caused the boats to slow down considerably in order to safely navigate. These conditions provided a natural defense for the Fort.

Thank you for the feature, David.

I know you do, Catherine. Thank you for your kind comment.