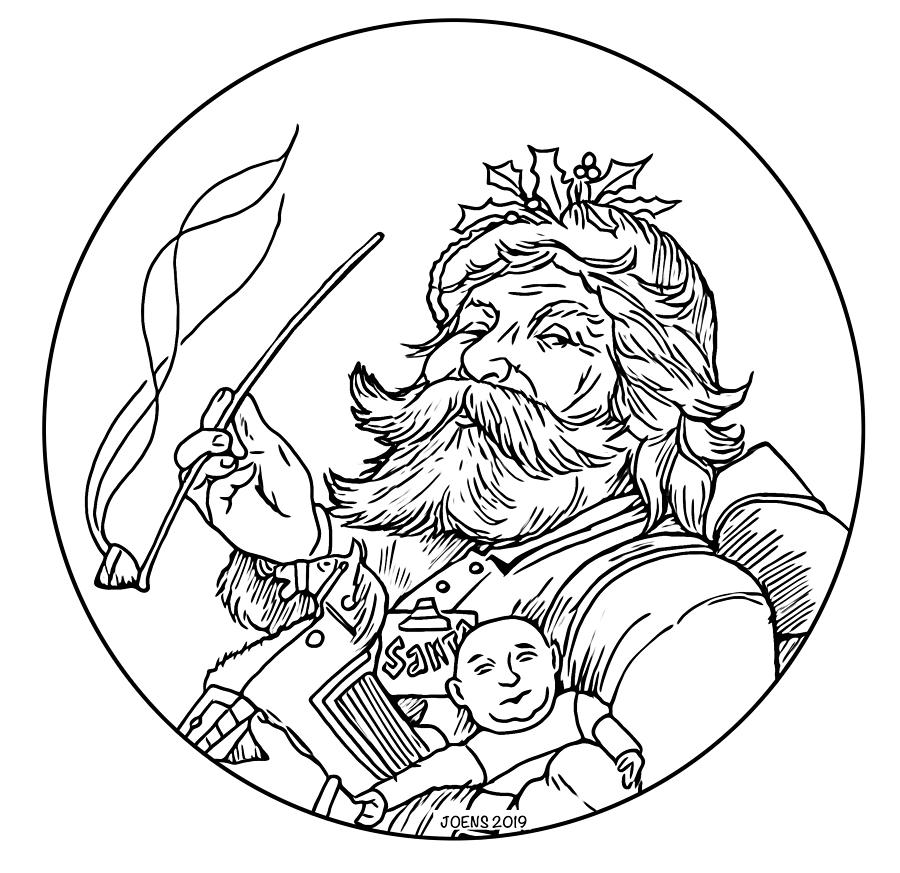 Thomas Nast (/næst/; German: [nast]; September 27, 1840 – December 7, 1902) was a German-born American caricaturist and editorial cartoonist often considered to be the "Father of the American Cartoon".[1] He was a critic of Democratic Representative "Boss" Tweed and the Tammany Hall Democratic party political machine. Among his notable works were the creation of the modern version of Santa Claus (based on the traditional German figures of Sankt Nikolaus and Weihnachtsmann) and the political symbol of the elephant for the Republican Party (GOP). Contrary to popular belief, Nast did not create Uncle Sam (the male personification of the United States Federal Government), Columbia (the female personification of American values), or the Democratic donkey,[2] though he did popularize these symbols through his artwork. Nast was associated with the magazine Harper's Weekly from 1859 to 1860 and from 1862 until 1886.