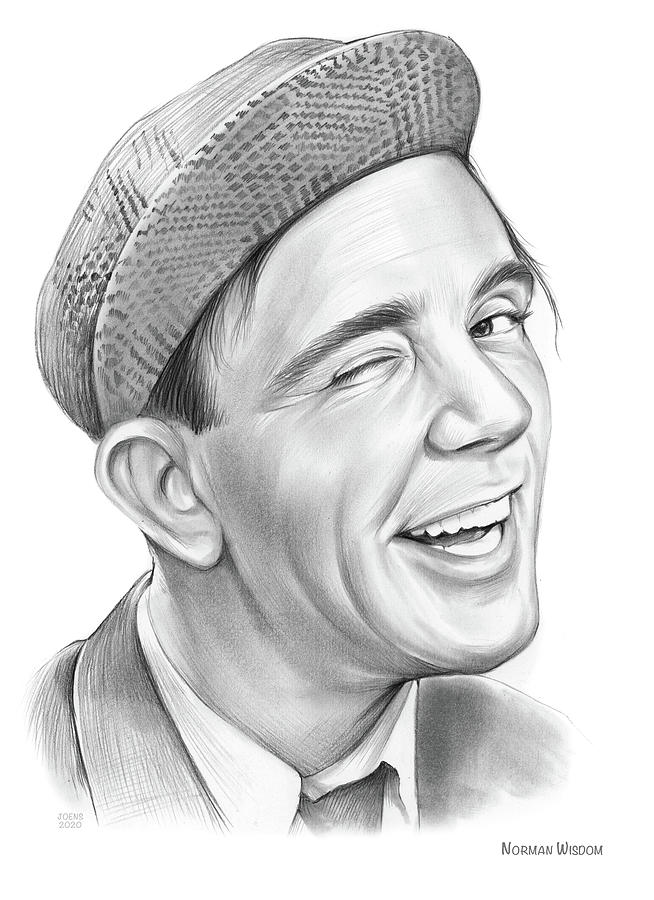 Sir Norman Joseph Wisdom OBE (4 February 1915 – 4 October 2010) was an English actor, comedian and singer-songwriter best known for a series of comedy films produced between 1953 and 1966 featuring his hapless onscreen character that was often called Norman Pitkin. He was awarded the 1953 BAFTA Award for Most Promising Newcomer to Leading Film Roles following the release of Trouble in Store, his first film in a lead role.

Wisdom gained celebrity status in lands as far apart as South America, Iran and many Eastern Bloc countries, particularly in Albania where his films were the only ones by Western actors permitted by dictator Enver Hoxha to be shown.[4] Charlie Chaplin once referred to Wisdom as his "favourite clown".

Wisdom later forged a career on Broadway in New York City and as a television actor, winning critical acclaim for his dramatic role of a dying cancer patient in the television play Going Gently in 1981. He toured Australia and South Africa.[3] After the 1986 Chernobyl disaster, a hospice was named in his honour. In 1995, he was given the Freedom of the City of London and of Tirana. The same year, he was appointed OBE and was knighted five years later.