No Country For Old Cars 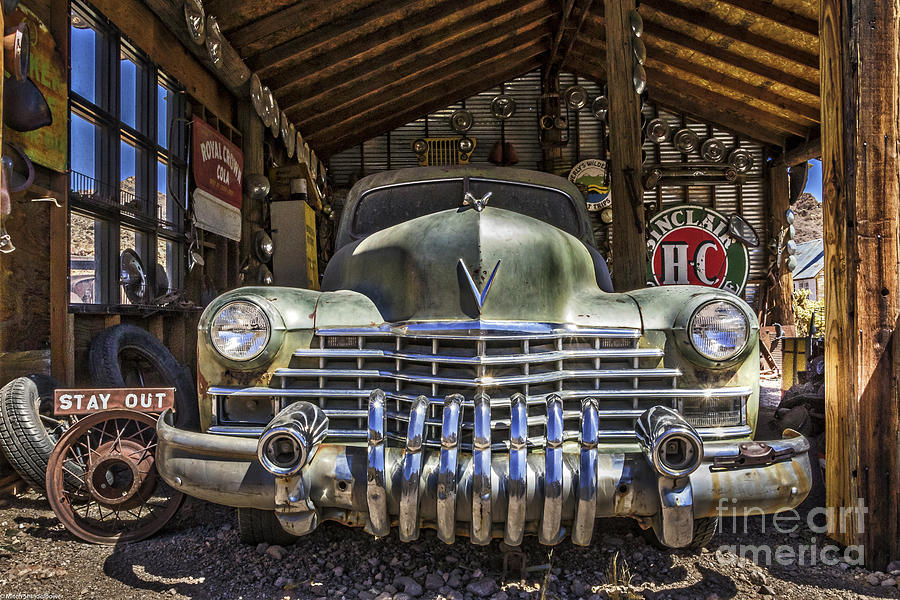 No Country For Old Cars

No Country For Old Cars...An 1940's Chrysler sedan old signs and lots of hubcaps this town of Nelson Nevada very cool and well worth the drive ..The area known as Nelson was originally called Eldorado in 1775, by the Spaniards who made the original discoveries of gold in the area that is now Eldorado Canyon. The town was the site of one of the first major gold strikes in Nevada and one of the biggest mining booms in state history. Gold and silver were discovered here around 1859. The rush to the canyon began in 1861, several mining camps were established in the canyon, and a steamboat landing at the mouth of the canyon on the Colorado River, called Colorado City.

Among the early mines established was the notorious Techatticup Mine in the middle of the canyon. Disagreements over ownership, management and labor disputes resulted in wanton killings so frequent as to be routine and ordinary. Despite the sinister reputation of the mine, it along with others in the town produced several million dollars in gold, silver, copper and lead. The mines in the canyon were active from about 1858 until 1945.

The community called Nelson was named for Charles Nelson, a camp leader who was slain in his home, along with four other people, in 1897 by the renegade Indian, Avote.

Between, 1901 and 1905 the San Pedro, Los Angeles and Salt Lake Railroad was built across southern Nevada, through Las Vegas, to Daggett, California where it connected to the AT&SF, and the complete Salt Lake–Los Angeles line was opened on May 1, 1905.[3] This nearby railhead ended the need for steamboats at Eldorado Canyon, the landing and the mill there were abandoned. The town of Nelson was born near the head of the canyon nearest the road to the railroad, the post office of Eldorado was closed on August 31, 1907 and moved to Nelson.

Great title! And wonderful shot! I love the car and history and love the stay out sign! Marvelous shot!

Holy Relic Batman!! What an impressive find and image of this beast. And the sign "STAY OUT" just speaks volumes to its history. Definitely worth the drive to Nelson (which I sadly missed when I was in that neck of the woods). Thanks for sharing.

Mitch, What an over the top design statement ! A chrome jukebox battering ram ! Love it !