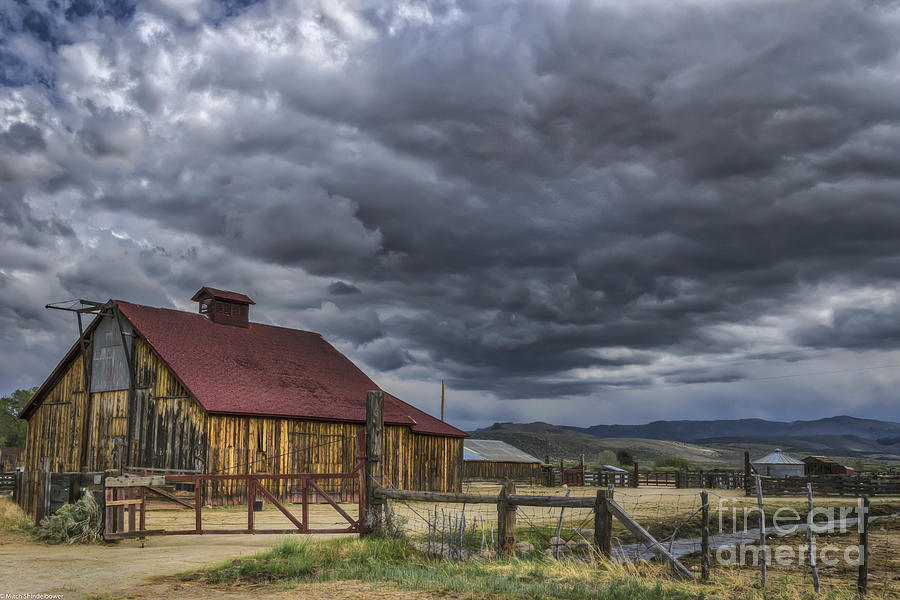 Nevada Spring Storm..Gardnerville is an unincorporated town[1] in Douglas County, Nevada, adjacent to the county seat of Minden. The population was 5,656 at the time of the 2010 census.

The community was named after John Gardner, a local cattleman. It was a sundown town; a whistle would be blown at 6 p.m. daily alerting Native Americans to leave by sundown.

A dramatic image Mitch! Congrats on your Feature in Barns Big and Small. We also added our like. Celebrate life, Debra and Dave

Thank you Debra and Dave !

I love the dramatic sky and atmosphere! Beautiful shot!

Nice work Mitch; as usual, never disappointing with your imagery.

Well captured of the sky during spring storm. l/f