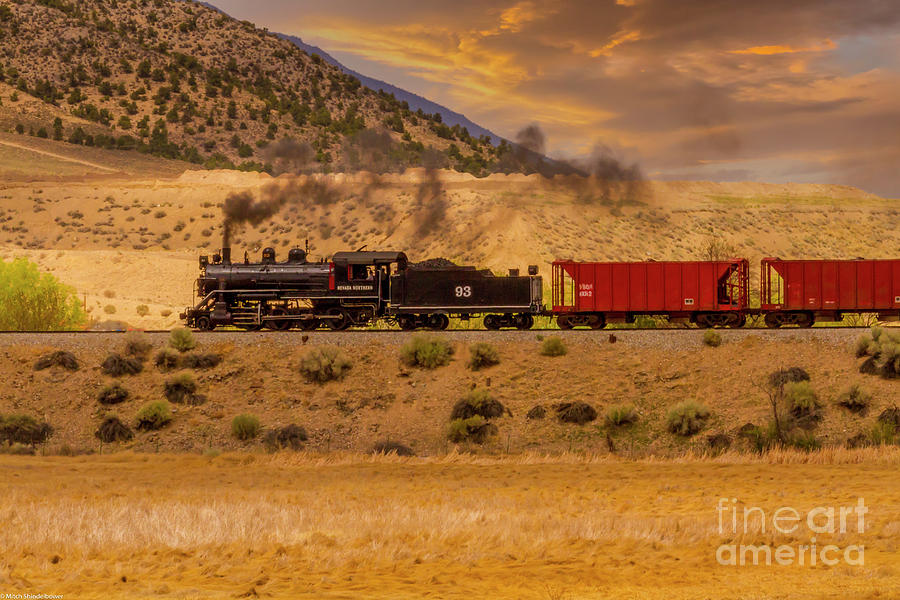 The museum collection includes four of the railroad's original steam locomotives, an electric locomotive and several diesel-electric locomotives, as well as a collection of maintenance equipment and numerous historic freight and passenger rail cars. Two of the steam locomotives, #40 and #93, are in operation in regularly scheduled events throughout the year; with #81 currently under restoration to operating condition.[11] Locomotive #40 is the official State Locomotive of Nevada. The museum also maintains an extensive fleet of its original rolling stock, including passenger cars, wood-side box cars, ore cars, and work trains, all dating from the 1910s. It has the oldest operating tank car and the oldest operating coal-fired steam crane on any American railroad.[11]

During the 2002 Winter Olympics, held in Salt Lake City, the Nevada Northern Railway was part of the Olympic Steam Team, carrying spectators to the Soldier Hollow Olympic venue on the Heber Valley Railroad; with locomotive #93 sent to Utah to participate. The day prior to the Opening Ceremony of the games, #93 joined Heber's two steam locomotives in a triple-headed train, and used to transport the Olympic flame from Soldier Hollow to Heber City, Utah as part of the torch relay.[12]

In early November 2020, locomotive #40 was taken out of service for its Federal Railroad Administration (FRA) mandated 1,472-day inspection and overhaul. The museum currently expects to have locomotive #40 back in service again in 2022. The museum also currently expects to have locomotive #81 completed with its restoration to operation and have it running again for the first time by Memorial Day weekend of 2021. By 2022, the museum will have all three of its operating steam locomotives, #40, #93 and #81, in service.

Beautifully composed with that hill and the incline in the background. Love the colours and tones too.