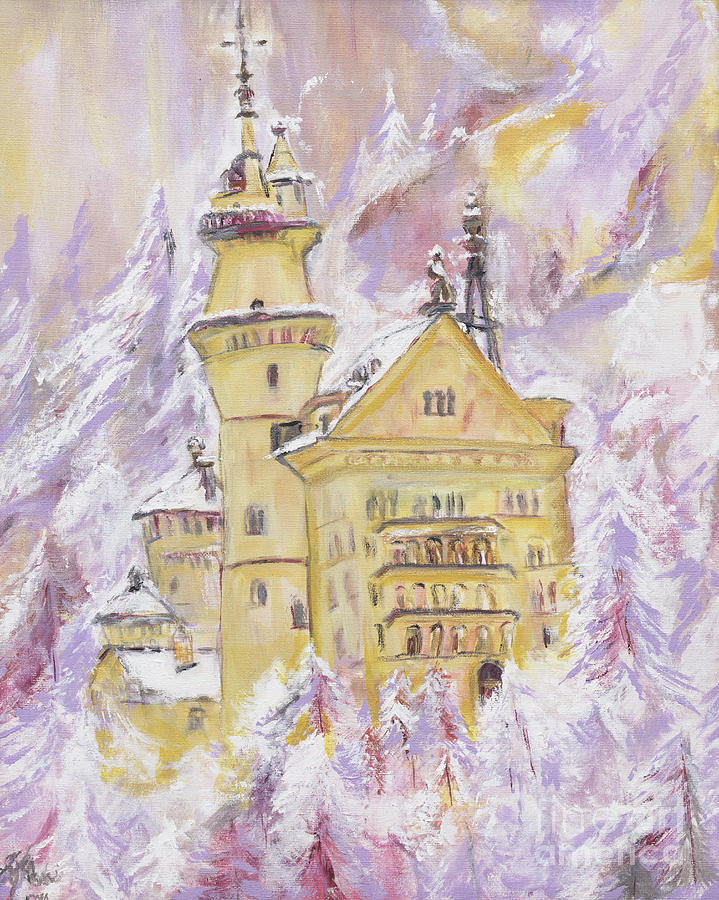 Neuschwanstein Castle (German: Schloss Neuschwanstein, lit. New Swan Stone palace, is a 19th-century Bavarian palace on a rugged hill near Hohenschwangau and F?in southwest Bavaria, Germany. The palace was commissioned by Ludwig II of Bavaria as a retreat and as an homage to Richard Wagner, the King?s inspiring muse. Although public photography of the interior is not permitted,[1] it is the most photographed building in Germany and is one of the country?s most popular tourist destinations.[2] Ludwig himself named it Neue Hohenschwangau; the name Neuschwanstein was coined after his death.

The reclusive Ludwig did not allow visitors to his castles, which he intended as personal refuges, but after his death in 1886 the castle was opened to the public (in part due to the need to pay off the debts Ludwig incurred financing its construction).[citation needed] Since that time over 50 million people have visited the Neuschwanstein Castle.[3] About 1.3 million people visit annually, with up to 6,000 per day in the summer.[4] The palace has appeared in several movies, and was the inspiration for Sleeping Beauty Castle (1955) at both Disneyland Park and Hong Kong Disneyland.

In 1923 Crown Prince Rupprecht gave the palace to the state of Bavaria, unlike nearby Hohenschwangau Castle which was transferred to the private Wittelsbach Trust (Wittelsbacher Ausgleichfonds), which is administered on behalf of the head of the house of Wittelsbach, currently Franz, Duke of Bavaria. The Free State of Bavaria has spent more than ?14.5 million on Neuschwanstein?s maintenance, renovation and visitor services since 1990

Poem:
Neuschwanstein
Across the ocean and above the lands
Sits a legacy for all curious eyes.
An ivory castle on a lonely peak
Where even the clouds bow down
Beneath its soaring majestic spires.
It was the dream of one king not long ago
That flustered the brow of every fair maiden.
To build for beauty, hold art above war.
Dismissing tradition and logic for lies
And following a single dream to lands end.
He sat on the banks of the river Rhine
Imagining one original palace after the next.
Maybe he shopped in the Marienplatz
For velvet loveseats and porcelain swans
To adorn the seed of his hearts content.
But now the king has been gone for years.
And Bavaria has never quite been the same
Since the death of Kind Ludwig the mad.
His castles stand proud and greet the wanderers
And journeyman, and dreamers and historians alike.
Though all are rare in craft and dripping in style
One of his lonely dreams stands above the rest.
Reaching beyond the Alpine rolling skies
Coloring heaven with a touch of human royalty.
A place any Sleeping Beauty would pray to wake.
It is here, I fell in love again, twice in the time of a year.
First with the earth, its inhabitants achievements
And the very nature that hides them in its breast.
The lakes that capture the suns final rays,
The heaving mountains with their fancy caps of snow,
The whispering cow bells carried by the gentle winds
And the serenity of the painted villages sleeping below.
The second time was with a young mate
Who accompanied me to my secret place.
To cavort once the daily bustles had calmed.
He fell for the battlements I had loved before
Understood the treasures I longed to share.
He carried me up the mountain like a princess
To her new palace on the night they were wed.
He kissed me to the whimpering of waterfalls,
Then watched on as the sun sank to bed.
Blessed be whoever may fall upon this place
Tucked into the heart of the Bavarian Alps
For this is the spot where I proudly left my heart,
And left Neuschwanstein for widened eyes to behold.

Congratulations on your sale!!

Thank you so much, Chirac!

Thank you so much, Scott!

Thank you so much, Viggo!

This is so fabulous, it makes think of a castle cuddled and nourished by dreams

Thank you so much for the lovely comments, Ernestine!