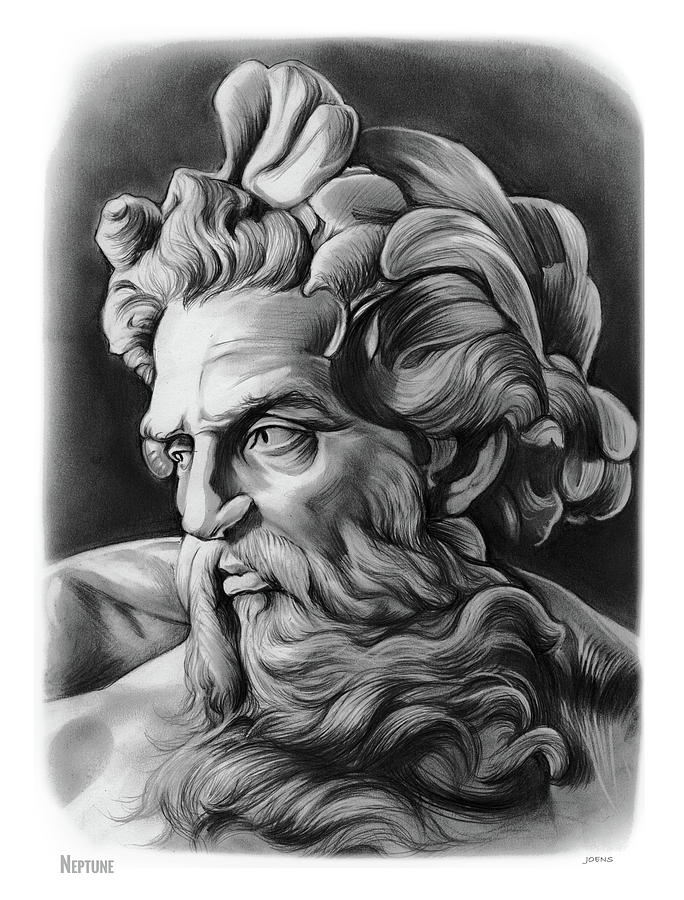 Pencil sketch, Neptune or Greek god, Poseidon.
+++
Neptune (Latin: Neptūnus [nɛpˈtuːnʊs]) was the god of freshwater and the sea in Roman religion. He is the counterpart of the Greek god Poseidon. In the Greek-influenced tradition, Neptune was the brother of Jupiter and Pluto; the brothers presided over the realms of Heaven, the earthly world, and the Underworld. Salacia was his wife.

Depictions of Neptune in Roman mosaics, especially those of North Africa, are influenced by Hellenistic conventions. Neptune was likely associated with fresh water springs before the sea. Like Poseidon, Neptune was worshipped by the Romans also as a god of horses, under the name Neptunus Equester, a patron of horse-racing.

Congratulations on your sale, Greg!

Art is unquestionably one of the purest and highest elements in human happiness. It trains the mind through the eye, and the eye through the mind. As the sun colours flowers, so does art colour life. -- Congratulations on your recent sale of this amazing Work!